Zone One leaders Bofoakwa Tano will play as guests of Tamale City at the Aliu Mahama stadium on match day 10 of the National Division One League on Wednesday.

The former Premier League side moved to the top of the table on match day nine after a 1-0 win against Young Apostles in a local derby at the Coronation park.

The win sent them to the top of the zone one table with 19 points, one point richer than second placed Berekum Arsenals who threw away a 1-0 lead to draw 1-1 with Tamale City.

The Gunners currently sit in second placed having relinquished the top spot after for the first time in eight weeks. Arsenal will travel up north to face Real Tamale United at the Aliu Mahama stadium Thursday with only one point separating them.

The Berekum lads have bagged 18 points from nine games and look set to face a familiar foe in RTU, who are fourth on the table with 17 points. A win for Real Tamale United will do them a lot of good and improve their position in the standings in their quest for Premier League football.

Another game to look ahead to, is the local derby between Young Apostles and BA United.

Here are the fixtures for match day 10. 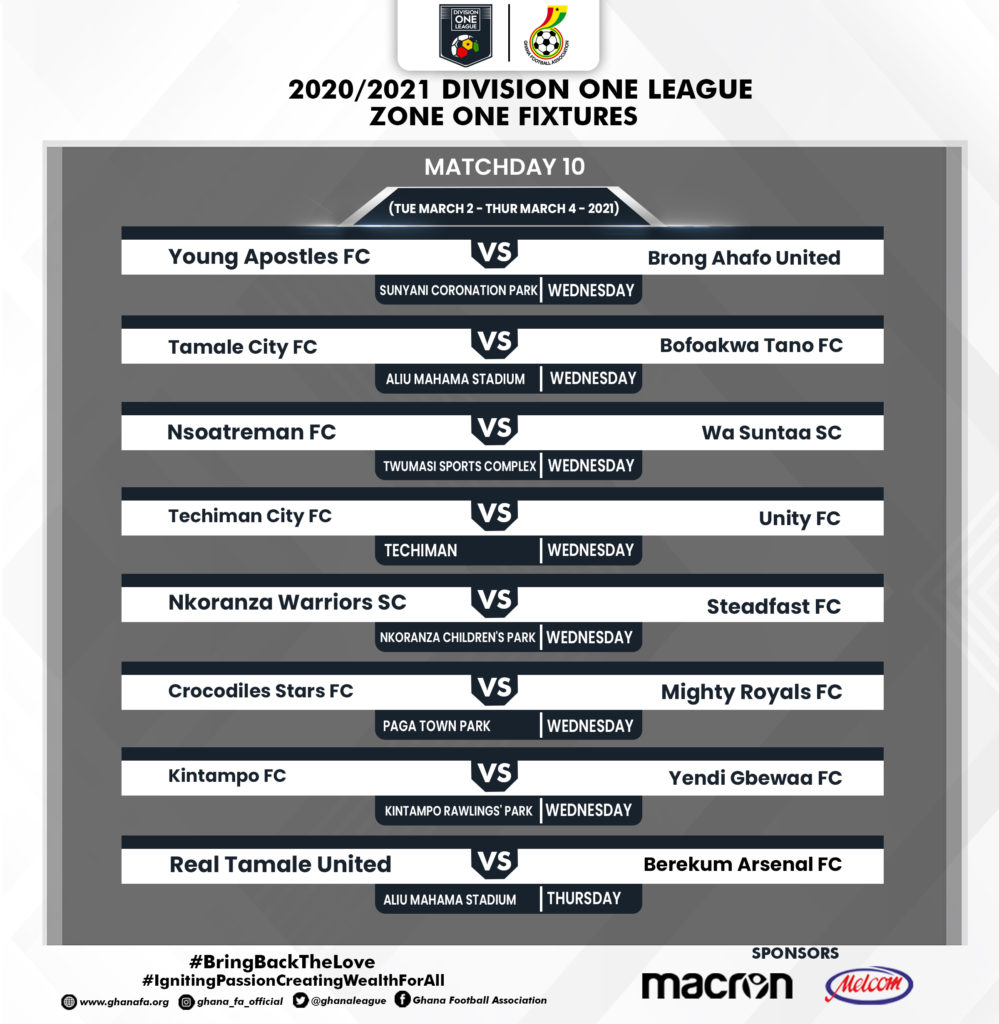