Black Satellites Head Coach Abdul Karim Zito says his players are ready for Saturday’s WAFU Zone B Cup of Nations final against Burkina Faso. Ghana will take on the Young Stallions in the final at the Charles de Gaulle stadium in Porto-Novo. At stake is a trophy as both teams have already qualified for the 2021 Africa U-20 Cup of Nations in Mauritania. Speaking to us ahead of the game, Coach Zito talks up our chances against Burkina Faso and the road to the final.

Read on for the full transcript.

On impressions about the team

I am very happy that I have been able to qualify this team to the Africa U-20 championship in Mauritania. I am happy that I have achieved the aim of qualifying Ghana to the tournament. This is something that hasn’t happened in five years so its good that we made this time.

On approach to tournament

Everyone has his own opinion; this is a tournament that goes with winning and not about who plays good football. When you look at our preparation, we couldn’t get too many matches to play. The more you play, the more you build cohesion, flair and team work. Through no fault of ours, we had to deal with a pandemic so not many games were played before the tournament. Not even one high profile match with an African team was played before we came here so it’s good that after all the setbacks, we have made it to the Africa U-20 Cup pf Nations. Most of the boys too are new so it’s okay for me to get Ghana to the tournament.

On future of the squad after WAFU

We are likely to make some changes to the team. We have some experienced players to added to this squad after the tournament so to me I am okay. The desire and hunger to play was there. The players kept fighting in all the games so I am looking ahead to a improve squad at the African championship. Definitely there will be one or two changes, we will make some additions.

We will use this qualification to prepare them for the tournament in Mauritania. Unfortunately, COVID-19 has made things a bit difficult for everyone across the globe but I am sure with time this team will get better.

On Ghana’s toughest game at tournament

Our toughest game here is the game against Nigeria. Everyone knows how difficult it is to play Nigeria. It was our first game at the tournament, we needed to win or draw to stay in the competition. We needed to look more organized especially at the back. We were made to suffer a lot but at the end of the day, we suffered but we won, and it was very pleasing. 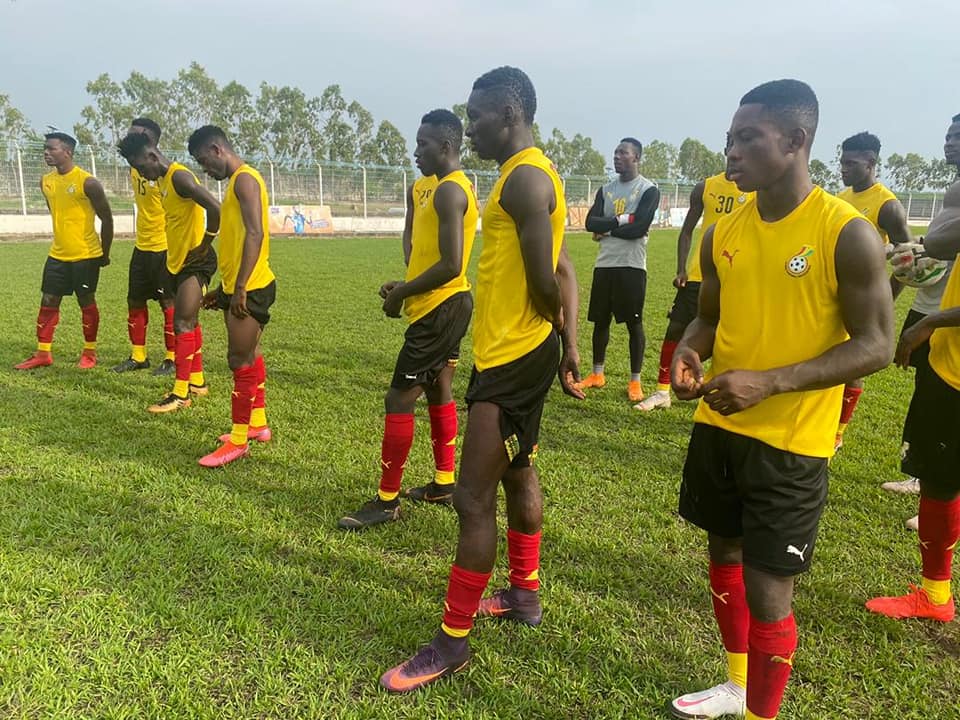 On semi final against Niger

We saw a very good team in Niger so we planned and strategized them. It was a match that we didn’t have to waste time, or commit errors. The boys had the desire to play, win and make it to the final was there. We scored a goal that was disallowed. I don’t know what the referee saw and disallowed the goal. But we didn’t give up, we played very well, created chances, capitalised on their weaker side and when it got to the penalty kicks, we won handsomely.

On being emotional ahead of Niger game

Sometimes I become emotional when I analyse situations leading up to big match. And it happened before the game against Niger. This is because before the tournament, many didn’t believe in us. There were those who doubted the quality of the team and said we wouldn’t make it to the Africa Cup. So, I was filled with emotions hours before the game against Niger. I looked back and told them that this is the moment to make history. Some of the players also wept during the time and promised to die for me on the pitch and in the end, it paid off.

On areas that need attention

If you look at the team, I think the spine is good. Our first loss since w started camping was the loss against Ivory Coast. So, I think our spine is strong, the midfield is also not bad. Only that the midfield needs some reshaping, the attacking line also needs some adjustment.  We can create but putting the ball into the net is what is worrying us. But I don’t think we need a wholesome change. We don’t have enough time to bring another set to come and contest but this young squad, I think with two, three players we will be fine.

On playing Burkina Faso in final

We are a threat to each other. Burkina Faso play like Ghana. They are a very good when it comes to development. They are a very good side and we cannot joke especially the backline has to be very vigilant and precise with what we do on the field. We have also planned to exploit their weakness. We have seen the way they play so we have planned with my technical team to score them. What we are going in for is a bonus to push the GFA forward and the players forward. I can’t say this match will be easy but we will face them.

On how to beat a strong and powerful Burkina Faso

One thing I see that we have to trey and capitalise on, is their long balls to their runners. So, we have also planned to put someone on them to neutralise them and take advantage of it. We haven’t had any easy match at this tournament and its because when it comes to Ghana countries play it tough against us. We won’t take chances at all. I know it won’t be too soft for us but I am sure we will win the trophy.

On possible changes to the line up

We are likely to make some changes to the team for the final. We have studied the opponent and we will name a team that can match them.

We have some injury concerns but the Doctors are working on them (Percious Boah, Nathaniel Adjei) and I am sure they will be ready for the game tomorrow.