Inter Allies winless run sprawled to six games in the Premier League after they suffered another home defeat to Ebusua Dwarfs at the Accra sports stadium in a match day 13 duel on Saturday.

Inter Allies played one of their best games, especially in the first half but could not translate the lions share of possession into goals as they kept firing from distances that were not capable enough to trouble Dwarfs goalkeeper Razak Issah.

Ebusua Dwarfs lifted up their game in the second half to snatch their third win in Accra. Ernest Quartey’s side took the lead in the 71st minute when nimble footed Benjamin Acquah danced his way into the box before smashing the ball into the bottom corner for the opener.

Inter Allies were pressing for the equalizer but lost possession in the Dwarfs area and got punished as George Asamoah sent a delicious pass to Moro Sumaila who brilliantly hit pass goalkeeper Gideon Ahenkora.

The defeat leaves Inter Allies at the bottom of the table with 7 points as Dwarfs moved to fourth place with 19 points. 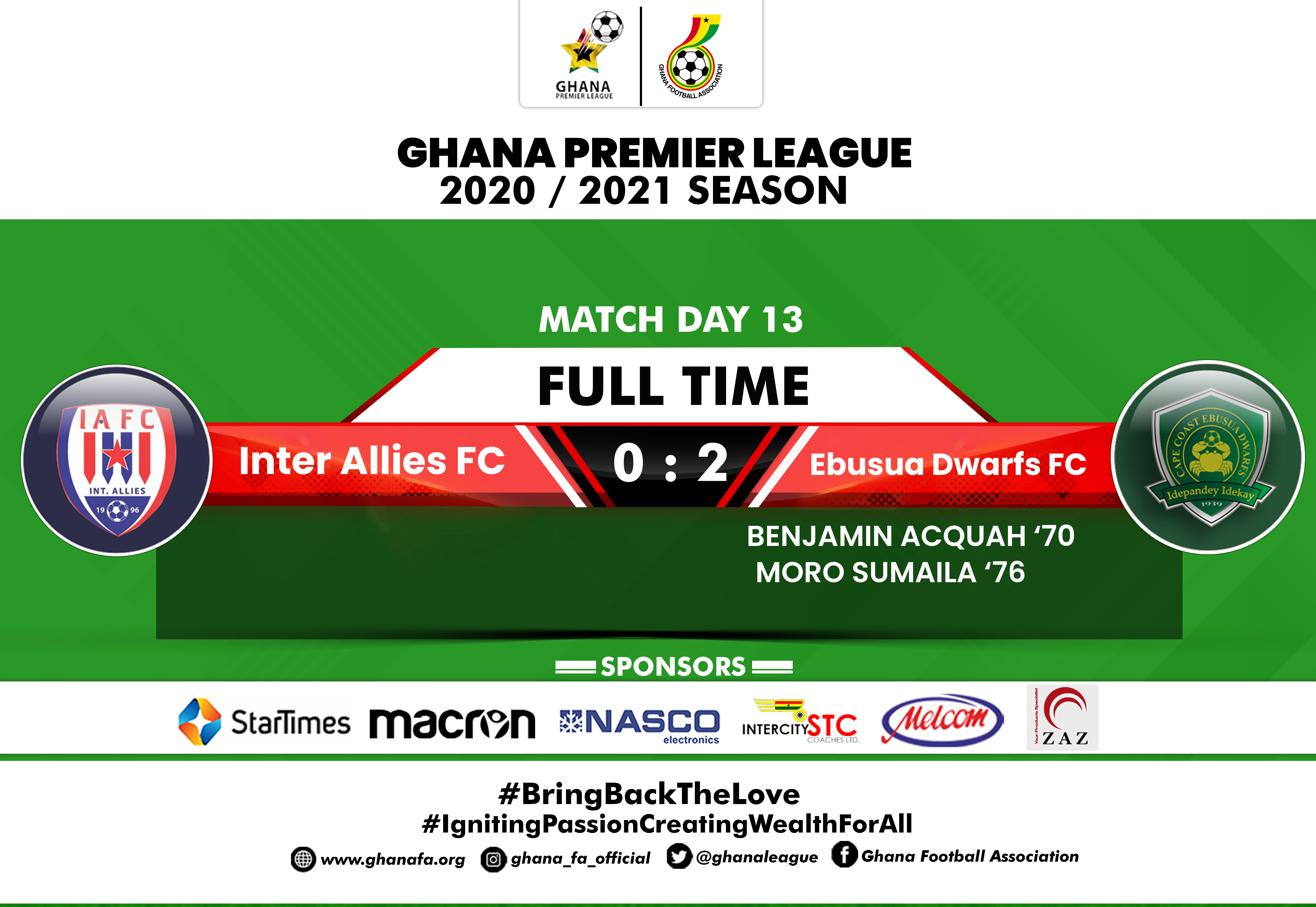