Accra Hearts of Oak came from a goal down to beat Bechem United 2-1 in the final of the 2021/22 MTN FA Cup at the Baba Yara Sports stadium in Kumasi.

Hearts of Oak went into the game as favourites - following their rich history in the competition but it was Bechem United that started the game strongly and got rewarded with a goal through Emmanuel Avornyo.

The pacy and lanky forward smashed home a rebound to score the opening goal of the game on the half time mark.

Bechem United were heading into the break with the goal until Caleb Amankwah scored from a half volley in the last minute of the first half to get the equalizer for Hearts of Oak. The former Aduana FC and WAFA utility player got on the end of a Samuel Inkoom incisive free kick from the edge of the box to level the scores for Hearts of Oak as the first half ended one all. 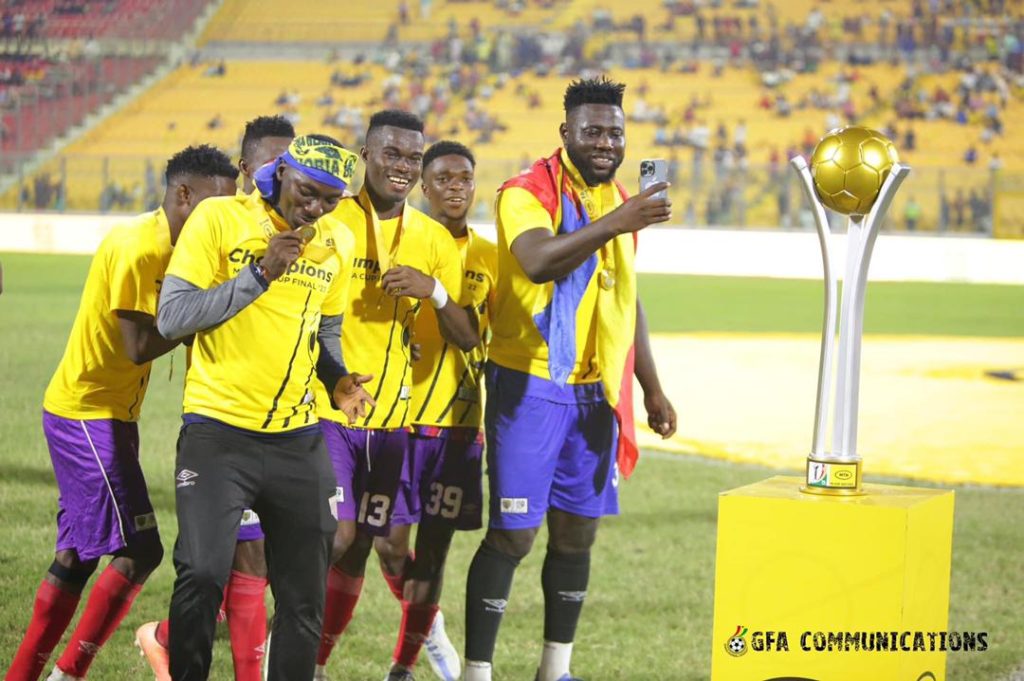 Buoyed by the equalizer, Hearts of Oak started the second half with loads of energy with an eye on a goal to appease their teaming fans. The record holders made some incursions into the area of Bechem United but the Hunters had Abdulai Iddrisu was resolute in goal for the Bechem lads.

The stadium went into a frenzy when Daniel Afriyie Barnie scored in the 60th minute to put the Phobians in the lead with a world class finish -to cap his 21st birthday in style.

The former Black Satellites skipper smashed home from inside the box after latching on to a pass from Gladson Awako. This was as a result of a magnificent move down the left flank by Dennis Korsah who picked up Kojo Obeng Junior in the vital area before sending the pass to Awako.

The Hunters were reduced to 10-men after key man Augustine Okrah was sent off in the 68th minute after assaulting the assistant line one. The Bechem United winger was shown the exit after he head-butted the referee. 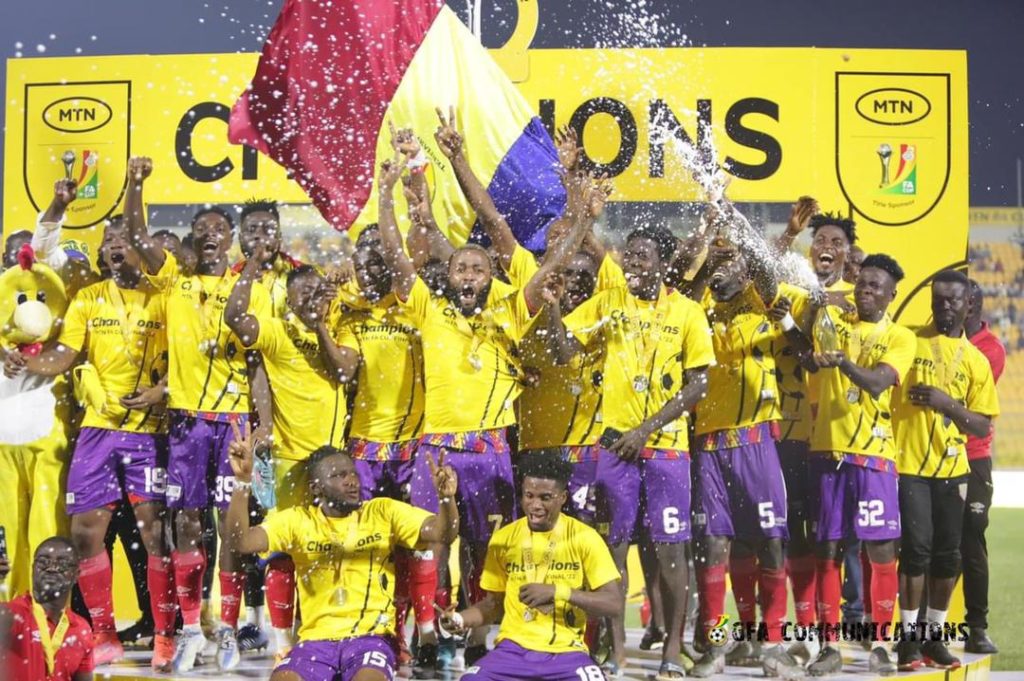 With the intensity of game dropping as the minutes went by, Hearts of Oak Coach Samuel Boadu brought on Robert Addo Sowah for the injured Caleb Amankwaa. Benjamin Yorke also made way for Kojo Obeng Junior while William Dankyi got sacrificed for Fatawu Mohammed as Hearts of Oak held on to win 2-1 - their 12th MTN FA Cup title in history.

The Phobians will play in next season's CAF Confederation Cup after winning the FA Cup title.