Prince Owusu was the hero for Gold Stars as his solitary strike gave them three points against Unistar Academy in the national Division One League.

The Bibiani based side dominated proceedings from the blast of the whistle but failed to convert their goal scoring chances into goals.

The win takes them to the summit of the Zone two table with 12 points after keeping a 100% record at the start of the 2020/21 season. Gold Stars are the only side to win all four games across the three Zones. Elsewhere in Sekondi, Hasaacas recorded a 1-0 win against Nzema Kotoko.

Check out the other Zone Three results here. 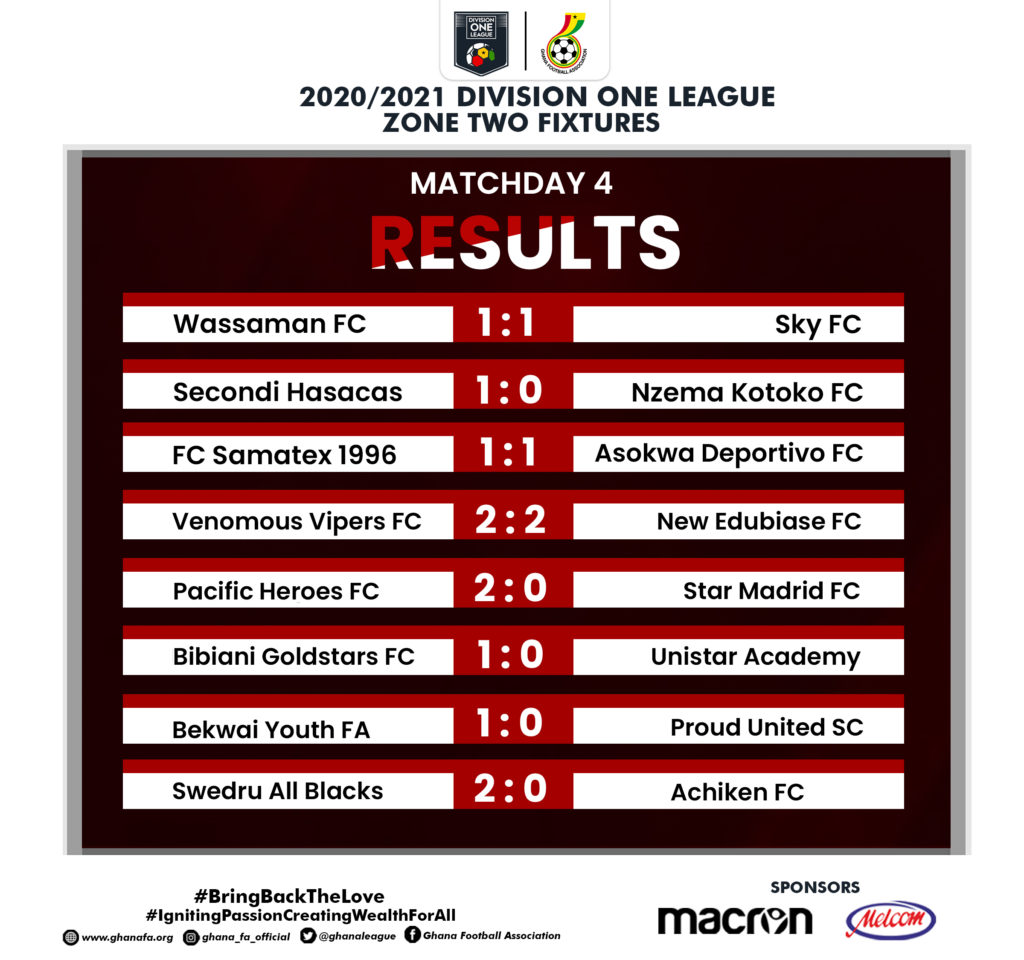