Bibiani Gold Stars on Wednesday, crashed to their first defeat of the season after falling 1-0 to Skyy FC at Daboase in an away game, bringing to an end a four-match winning streak.

Gold Stars won their first four matches of the season but their smooth sailing hit a jolt at the Methodist park in Daboase on Wednesday when Francis Gyetuah Oteng scored a screamer to dash their hopes.

The zone two leaders, have the chance of return to winning this weekend when they take on Asokwa Deportivo in a home fixture.

Gold Stars have yet to drop points at home, having won both games at the Dun’s park.  Their guest, Asokwa Deportivo have displayed an inconsistent form in the season winning just one in five outings.

They sit in 12th place with 5 points and need to dig deep to pick a point at the Dun’s park.

Elsewhere in Cape Coast, Venomous Vipers will take on Sekondi Hasaacas at the Robert Mensah stadium. The game will be stream live on the facebook.

Here is what to look forward to, in Zone Two: 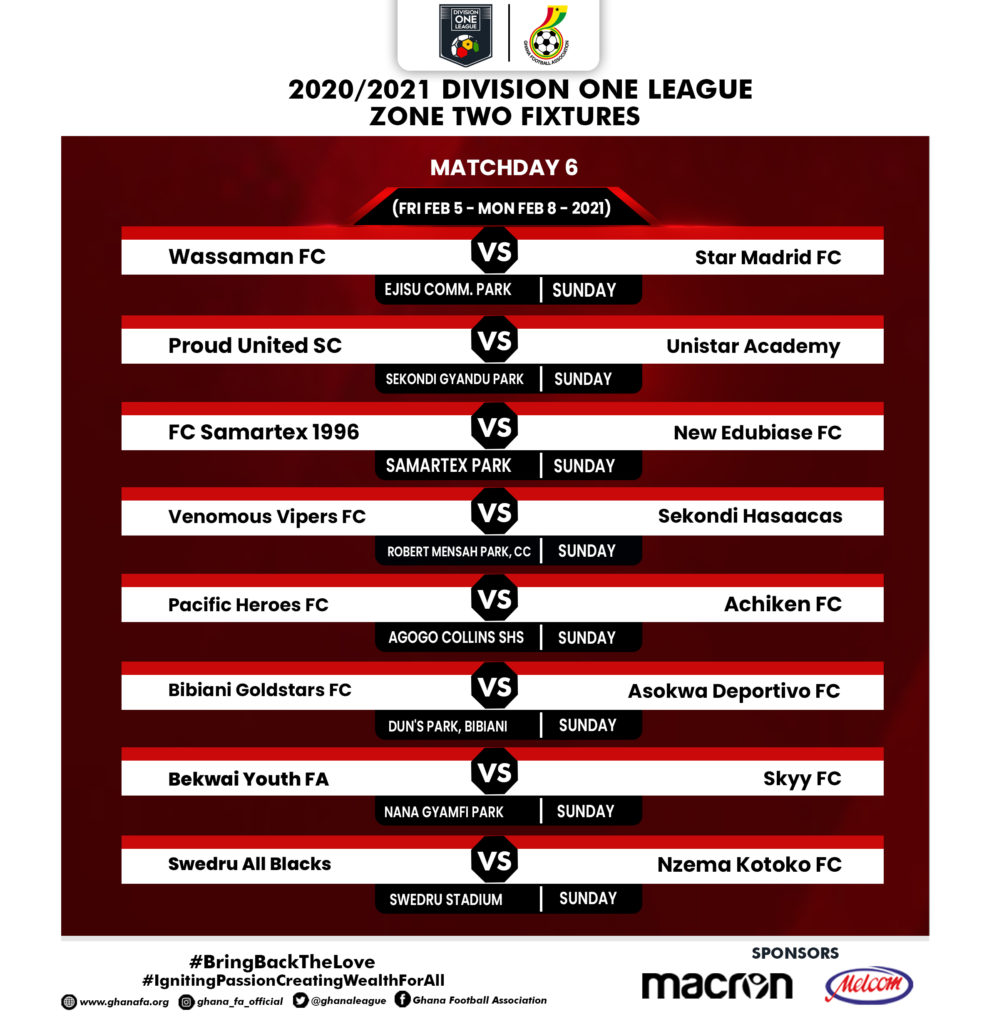