Michelle Sarpong of Elmina Sharks scored the first goal in the 2021/22 season after netting the opener against Accra Lions on Friday. The on loan Hearts of Oak midfielder netted in the 63rd minute before Rauf Salifu equalized for Accra Lions inside 82 minutes as the game ended 1-1.

Abdul Fatawu Issahaku scored Dreams FC’s first goal of the season on Saturday with Salifu Mudasiru also registering his first of the season for Asante Kotoko in their come from behind win against the Still Believe lads.

Emmanuel Avornyo of Bechem United FC became the first player to score a brace this season as his two goals powered the Hunters to a 4-0 win against Medeama SC on Sunday. 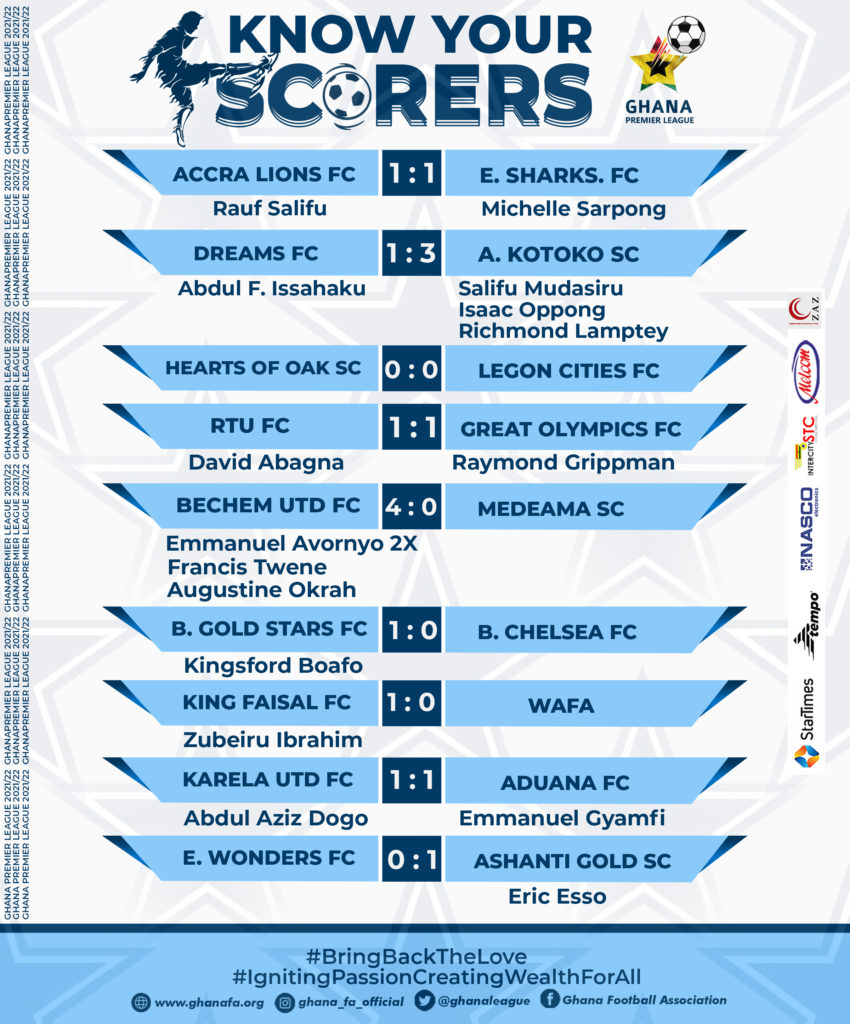