Forty-seven Black Queens to report to camp on Monday

This forms part of the journey towards the 2023 WAFU Zone B Cup of Nations and qualifiers for the 2024 Africa Women’s Cup of Nations.

The players were selected based on recommendations from coaches of the 20 Women’s Premier League Clubs.

The objective is to create a fluid selection and to scout in future with the National team coaching staff, the performances of the players in the Ghana Women’s Premier League.

As a result, the first batch of players - forty-seven, have been invited to report to camp from Monday, January 9 – Friday 12 whiles the second batch – forty-six, also take their turn from Monday 16 – Friday 20, 2023.

Ghanaian players who play abroad will be brought in later to augment the squad as the technical team put in efforts to build a formidable squad for both immediate and future competitions.

The Black Queens missed on the 2022 African Women’s Cup of Nations after losing 2-1 to Nigeria in the qualifiers.

Find the lists in the attached file: 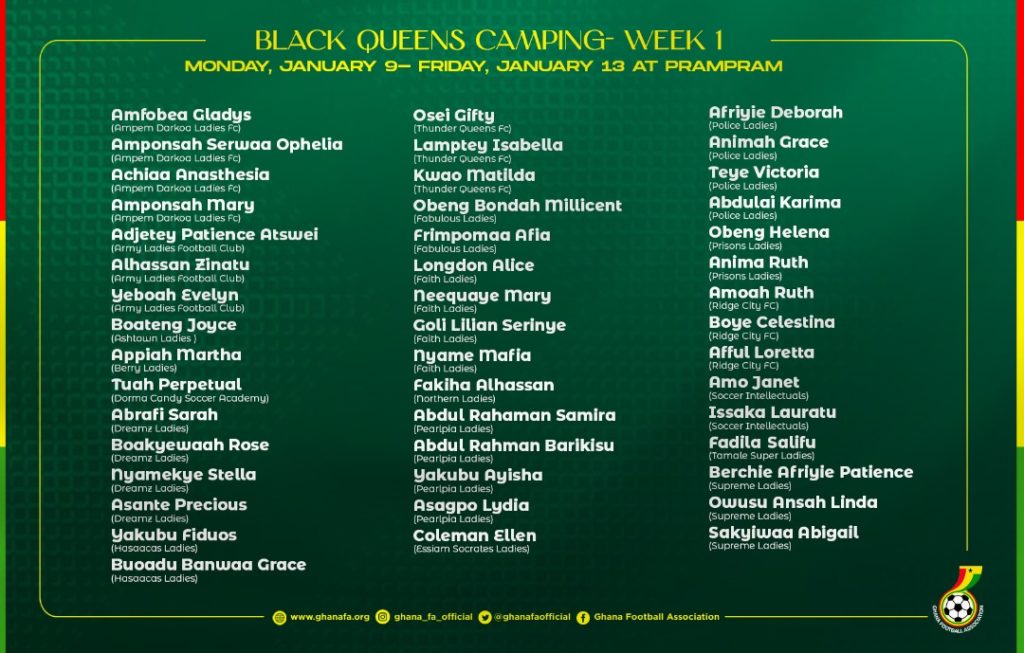