The Organizing Committee of the Division One League Super Cup  competition has announced fixtures for this year’s edition of the off-season competition.

This year’s edition will feature Champions of the respective Division One league ones, Nsoatreman FC, FC Samartex and Kotoku Royals FC as well as the three second placed teams in the three zones, Tamale City, Ebusua Ebusua Dwarfs and Liberty Professionals.

Young Apostles and Tema Youth will also feature in the competition as the best third-placed teams from the zones.

The competition is scheduled to begin from August 16 – 26 and will be played at the Kyebi Astro turf in the Eastern region.

Here are the fixtures for Group A & Group B: 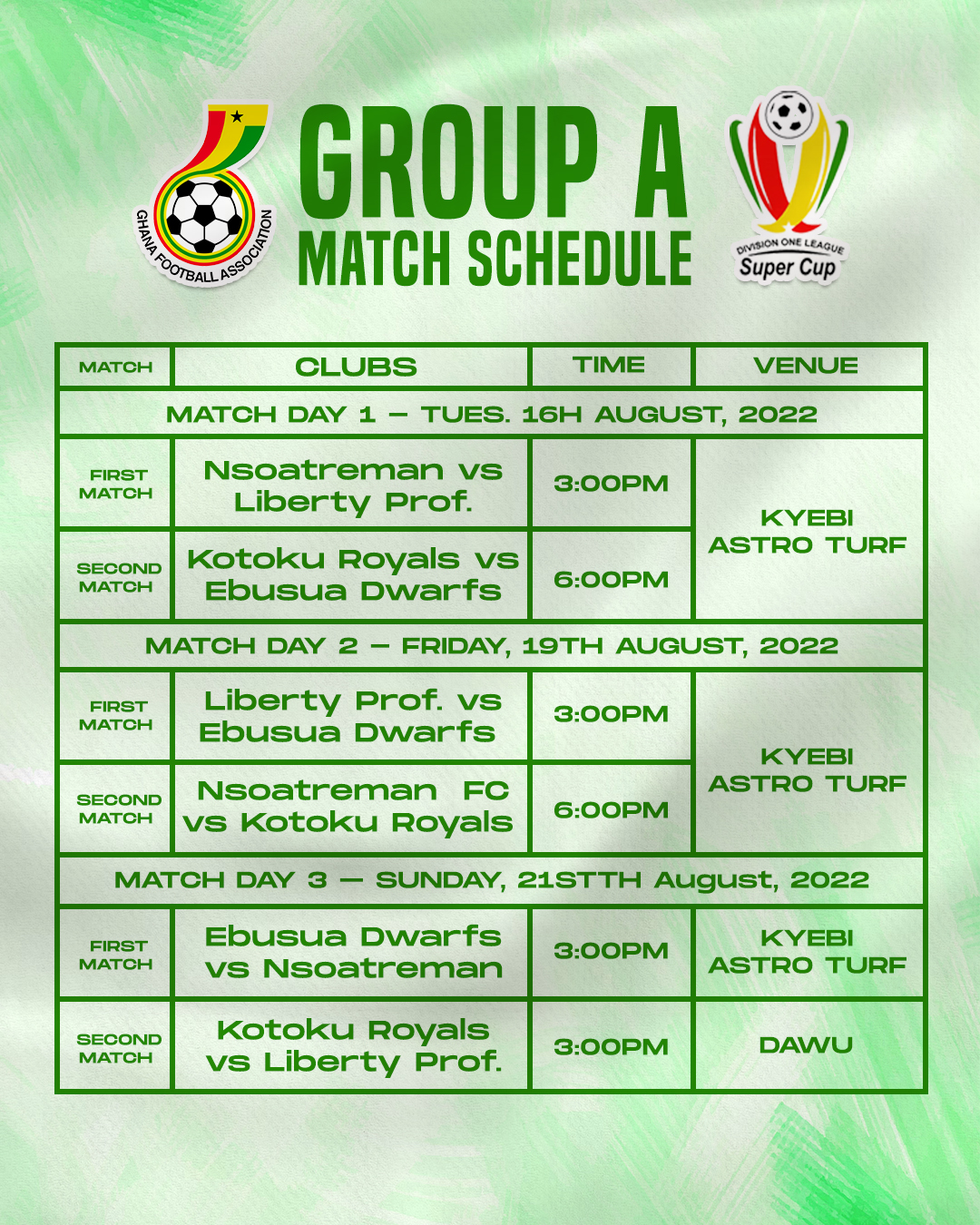 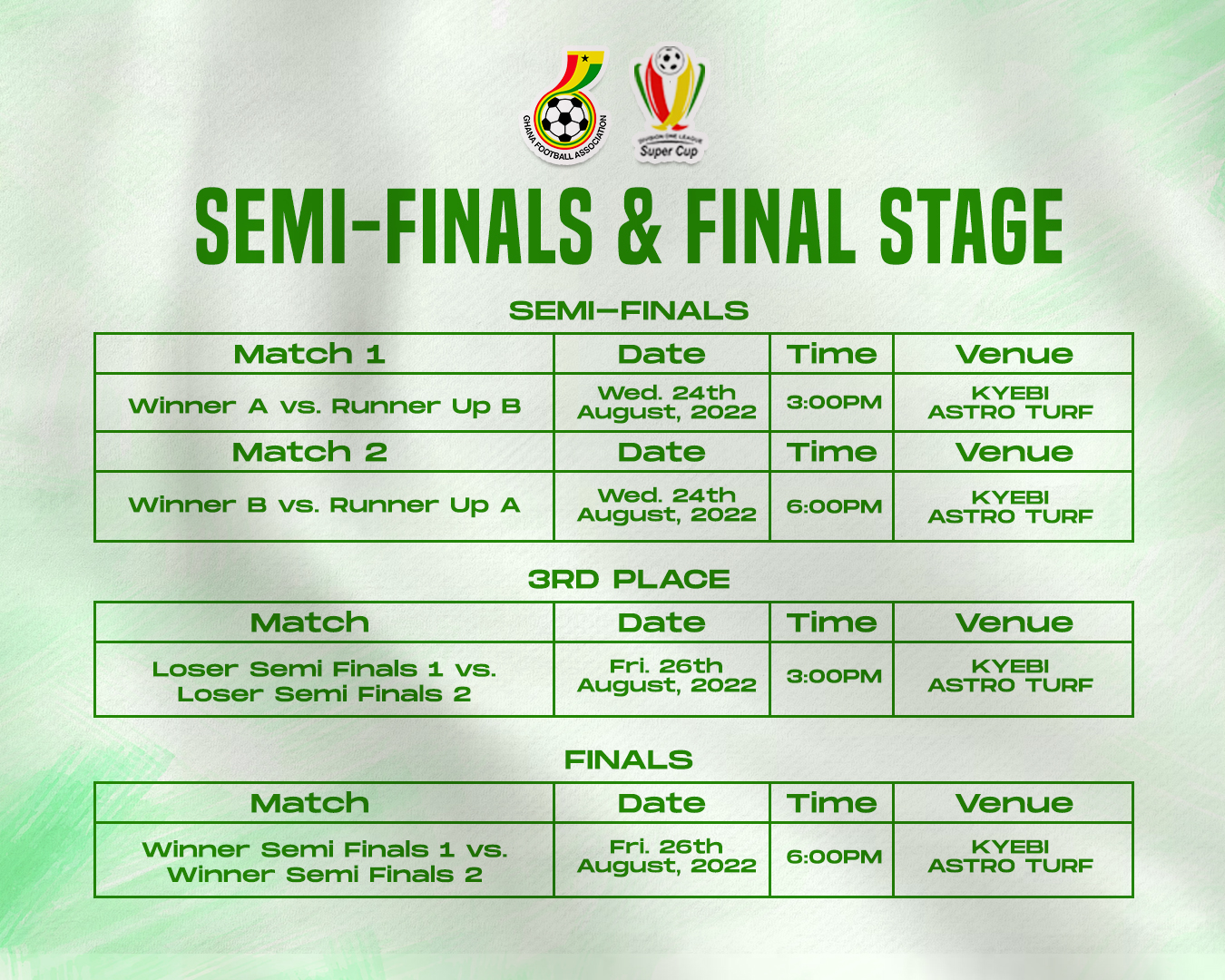