The 2022/23 betPawa Ghana Premier League will kick off on the weekend of Friday, September 9 to Monday, September 12 across the country.

League Champions Asante Kotoko SC will open their season at home while Accra Hearts of Oak open the season with an away fixture. New boys Samartex 1996, Nsoatreman FC, Kotoku Royals and Tamale City have some tough battles up their sleeves.

Asante Kotoko will get the season underway at the Baba Yara stadium where they host newly promoted Nsoatreman FC while rivals Accra Hearts of Oak trek to Dormaa to face Aduana FC at the Agyeman Badu Park.

Due to Television broadcast schedules, Match dates for the respective fixtures would be made public in due course. 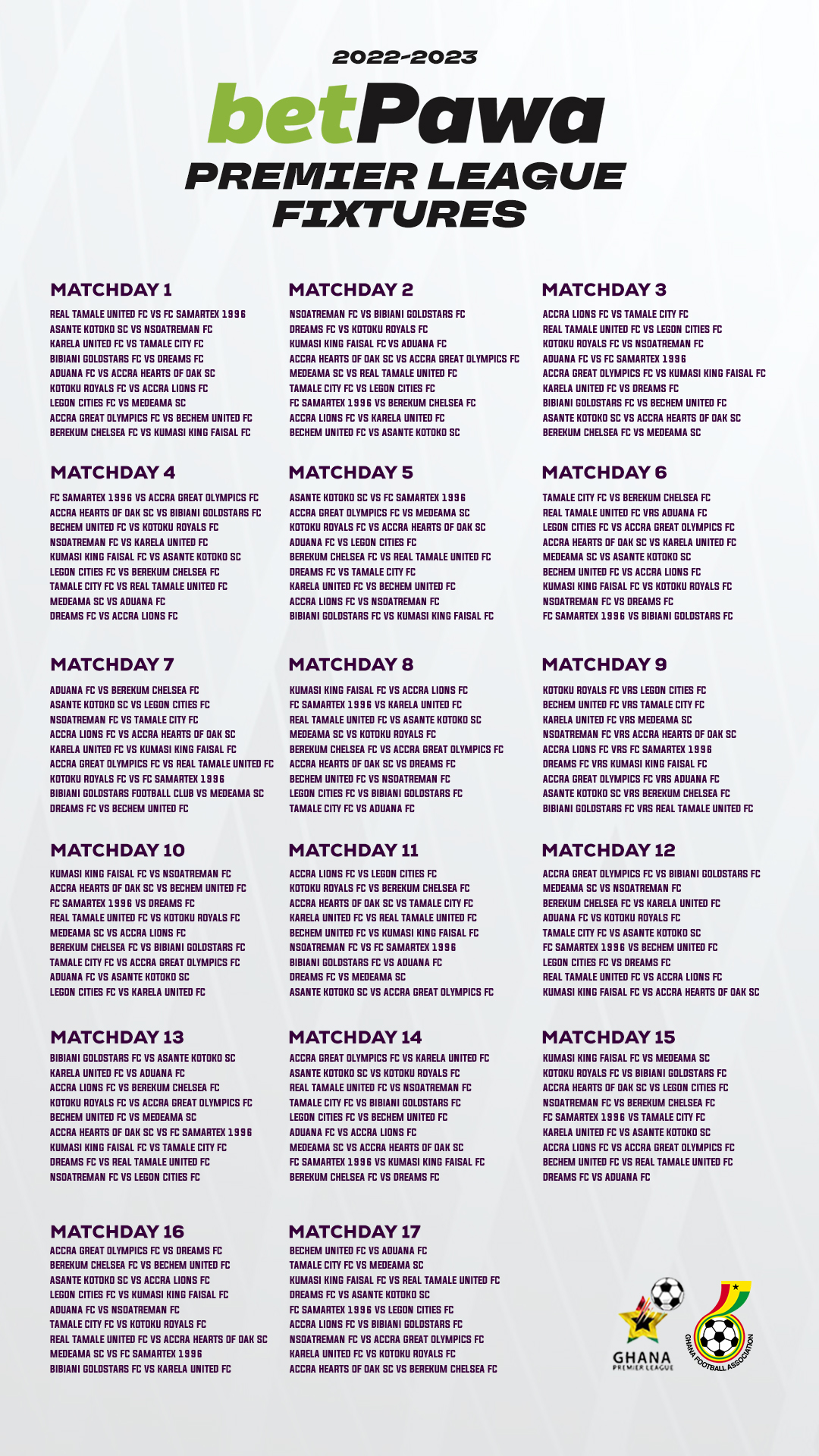