First round of Women’s Premier League in numbers

The second round of the Women’s Premier League will resume this weekend. The first round of the competition ended in style with some exciting events and results being recorded across the League centres.

Rivalries were rekindled in both the Southern and Northern Zones with some interesting statistics recorded.

Ampem Darkoa Ladies lead the table in the Northern Zone and surprisingly Berry Ladies slipped on the last day of the first round as they lost the top spot tyo Hasaacas Ladies in the Southern Zone.

With regards to home wins, the Northern Zone had 11, with 10 in the Southern Zone resulting in 21 home wins.

The first round also had 6 drawn games in each Zone making it 12 in total.

Berry Ladies player, Nina Norshie scored the first goal of the season against Immigration Ladies in the first match in the southern zone. 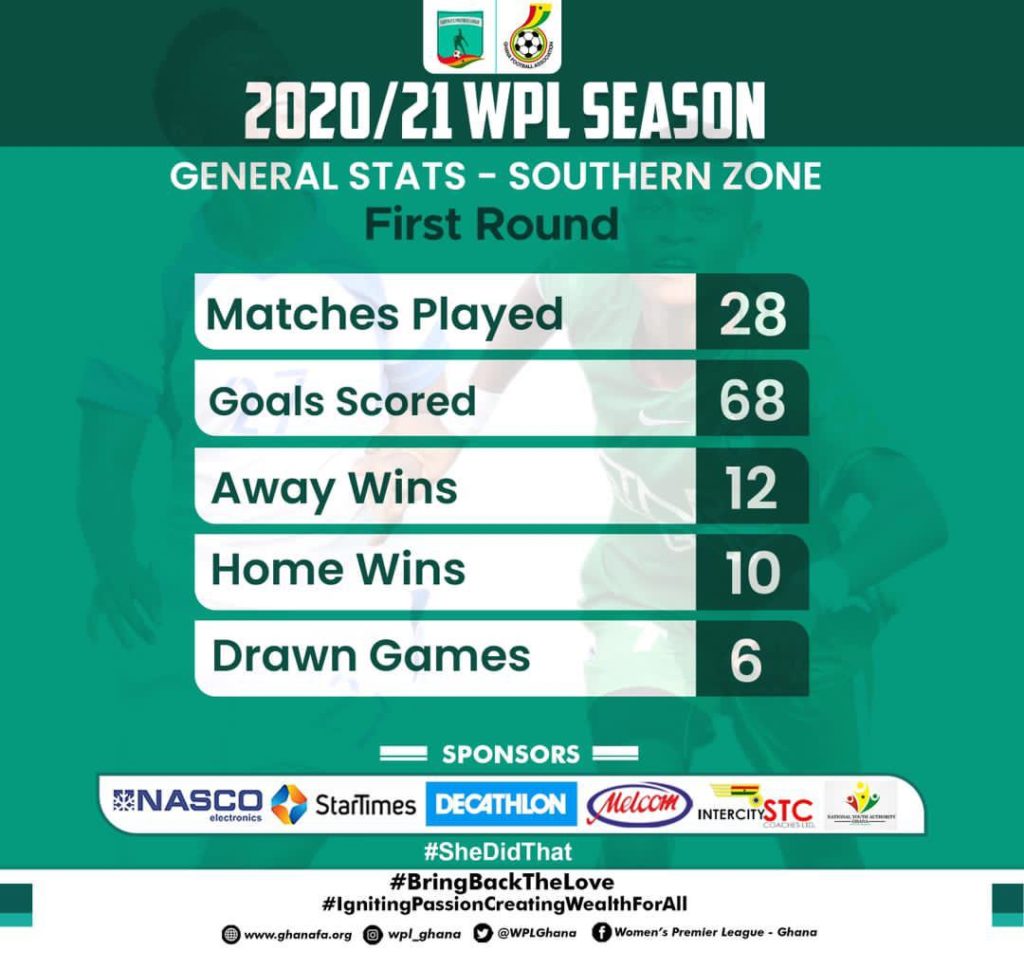 It was Tracy Twum of Ampem Darkoa who scored the last goal in the first round with her late second half goal in the Northern Zone when her side won 4-2 over Northern Ladies. 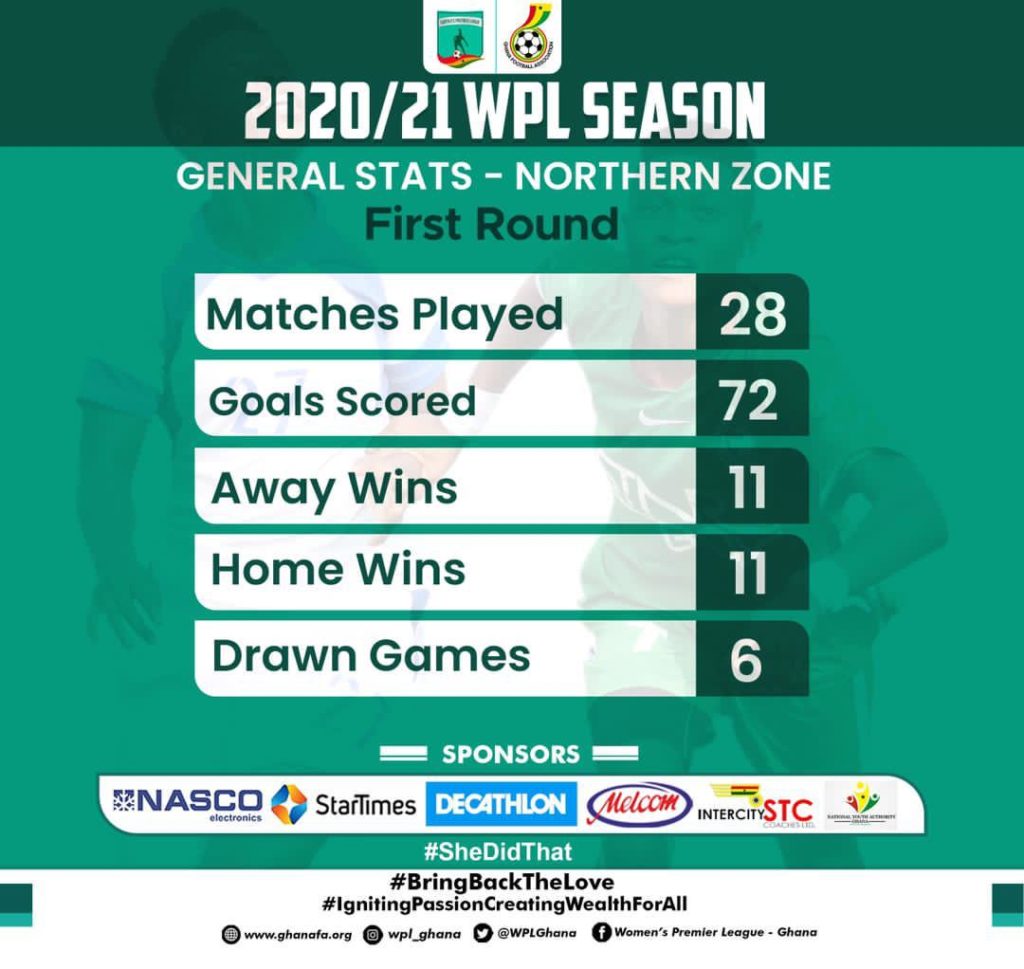 Hasaacas ladies ended the first unbeaten and sit at the top of the Southern Zone table with 17 points. Ampem Darkoa Ladies are also unbeaten with 19 points after 7 round of matches in the first round.

With the second round set to start on April 9, 2021, the race for the top scorer award has is heated with Ophelia Serwaa Amponsah of Ampem Darkoa and Sandra Owusu Ansah of Supreme Ladies all tied on 6 goals.

They are followed closely by Felicity Asante of Berry Ladies and Suzzy Dede Teye of Lady strikers both with 5 goals.

Officiating in the first round was applauded by many even though there is room for improvement. With the battle for supremacy at stake, coaches will need to tweak their systems and players would have to give their maximum to clinch the ultimate. 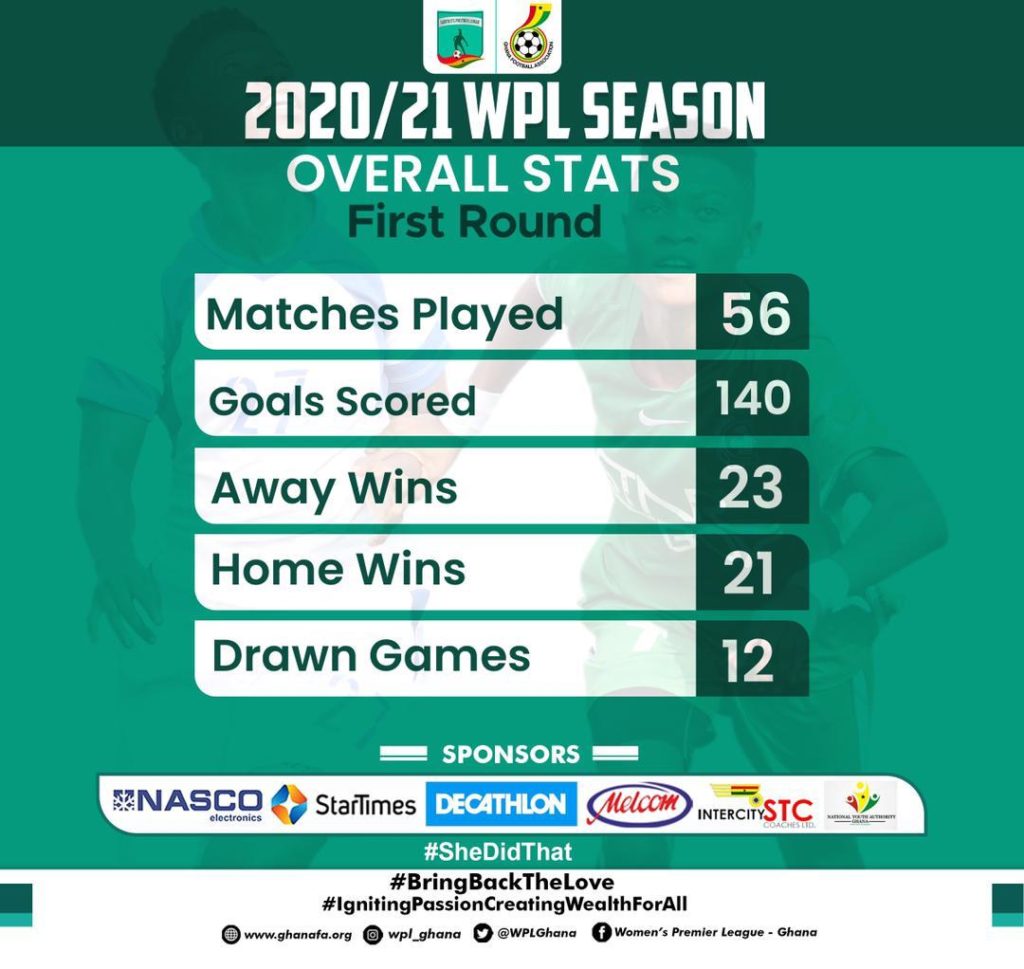