The 2021/22 Women’s Premier League ended successfully with Ampem Darkoa Ladies FC emerging as worthy Champions after defeating Hasaacas Ladies FC in the final match between winners of the Northern Zone and the Southern Zone.

Here is the final league table for the season: 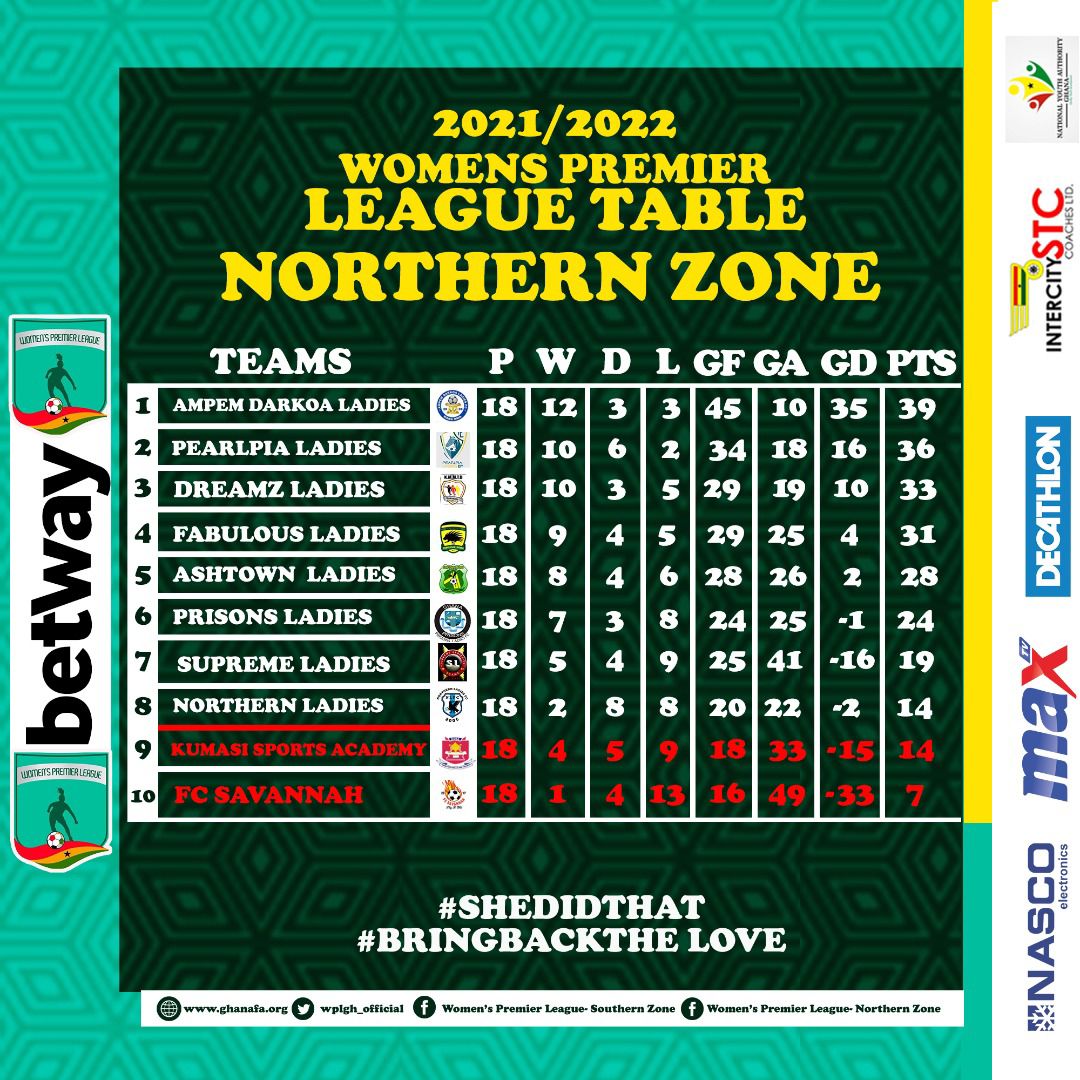 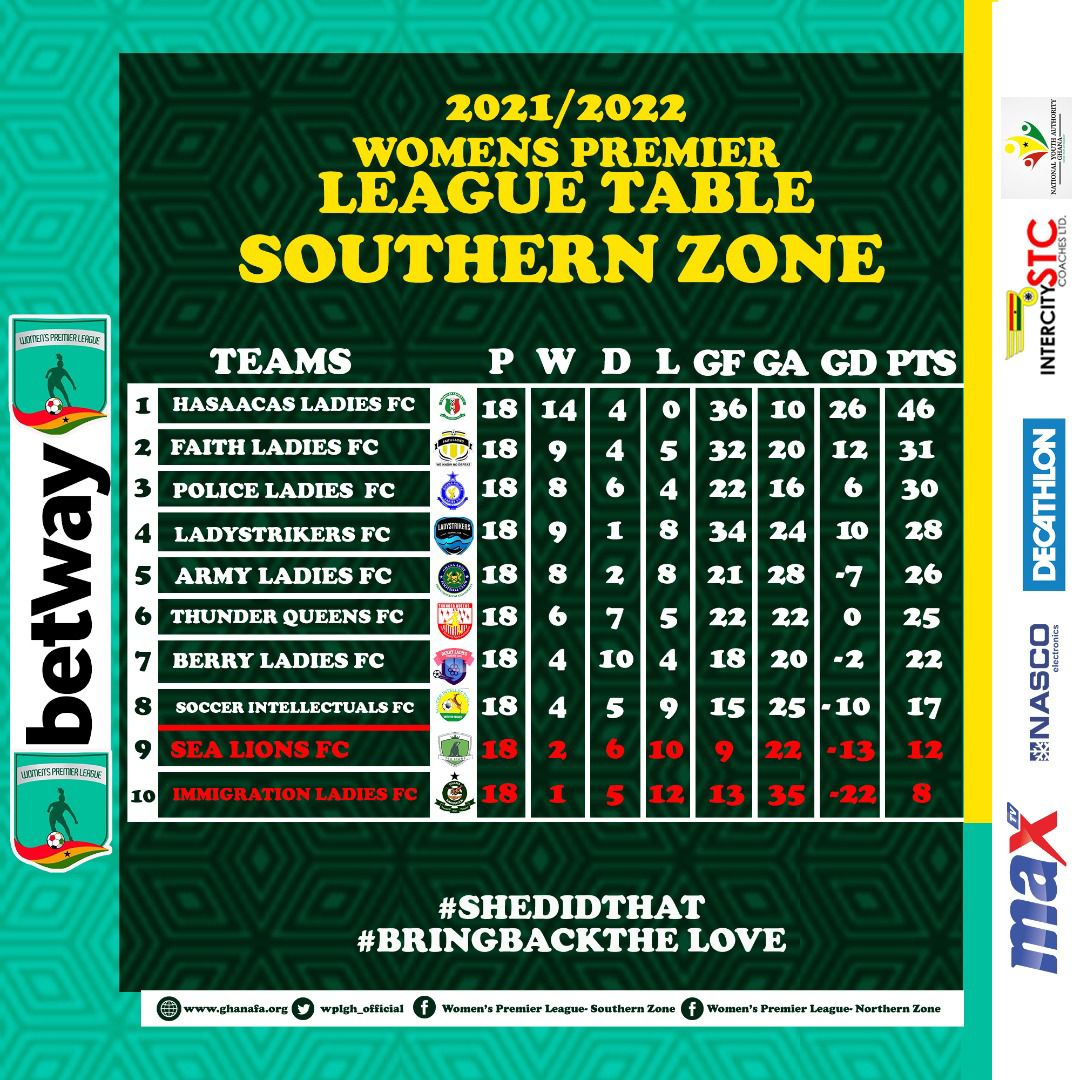