Tema Youth Sporting Club maintained their place at the top of the Zone Three table following a 3-1 win against Okyeman Planners on match day 17 of the Division One League at the Tema Park on Sunday.

Experienced attacker Daniel Appiah scored first for the Harbour Warriors before brother Stephen Appiah Asare added the second minutes later to end the first half with a two goal cushioning.

Back from recess, Richmond Darko added the third goal for Tema Youth – Morgan Copson reduced the deficit for the visitors.

Meanwhile Accra Lions got back to winning ways on Sunday after beating Agbozume Weavers 4-2 at the Accra sports stadium. Rauf Salifu scored a hat-trick to take his tally to 13 goals from 17 matches – before Oliver Amedor wrapped things up for Accra Lions.

Mohammed Issah and Kwadwo Boamah later scored to leave the scores at 4-2 – giving Accra Lions, their first win in the second round of the League.

In Kpando, Emmanuel Armah and Benjamin Armah scored in the second half as Heart of Lions and Uncle T United shared the spoils 1-1 at the Kpando Park. 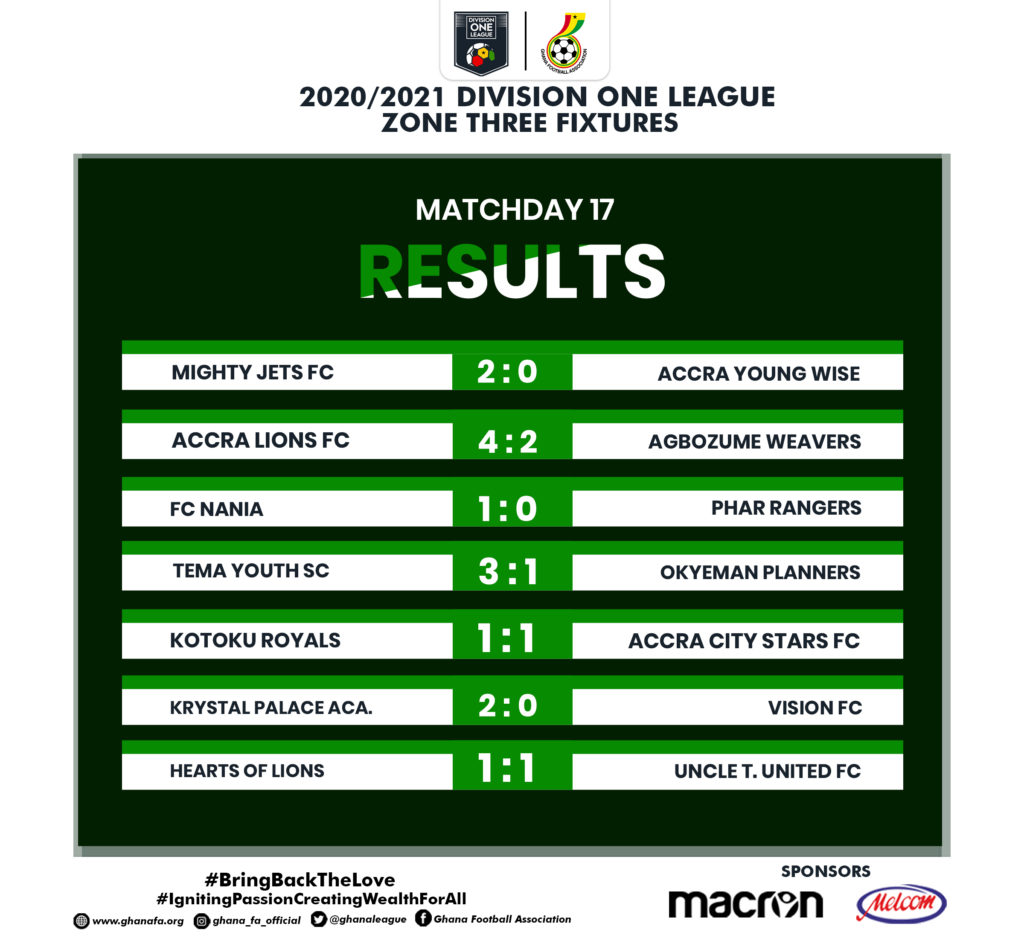