Rauf Salifu scored a hat-trick on Wednesday as Accra Lions annihilated Phar Rangers 6-1 on match day 18 of the National Division One League at Akuapem Mampong. Rauf opened the scoring in the 14th minute to give his side the lead but Seidu Suraj equalized for Phar Rangers 8 minutes later.

Evans Etti ended his eight match goal drought as he connected from close range to give the visitors the second goal – ending the first half 2-1 in favour of Lions.

Back from recess, Rauf scored his second goal on the hour mark to increase the tally for Accra Lions. Now in the driving seat Oliver Amedor and Frederick Asante added their names to scorers list before Rauf Salifu put the icing on the cake with an absolute beauty to round things up – his third of the day and sixth for Accra Lions.

Rauf Salifu – a second hat-trick in 5 days, has now scored 16 goals after 18 matches and leads the top scorers chart in Zone Three.

Elsewhere in Tema, Evans Osei Wusu scored late for Tema Youth as they overcame a stubborn Mighty Jets side 1-0 to retain their top spot.

The win takes the Harbour Warriors to 40 points – one point richer than Accra Lions who are in second place with 39 points. 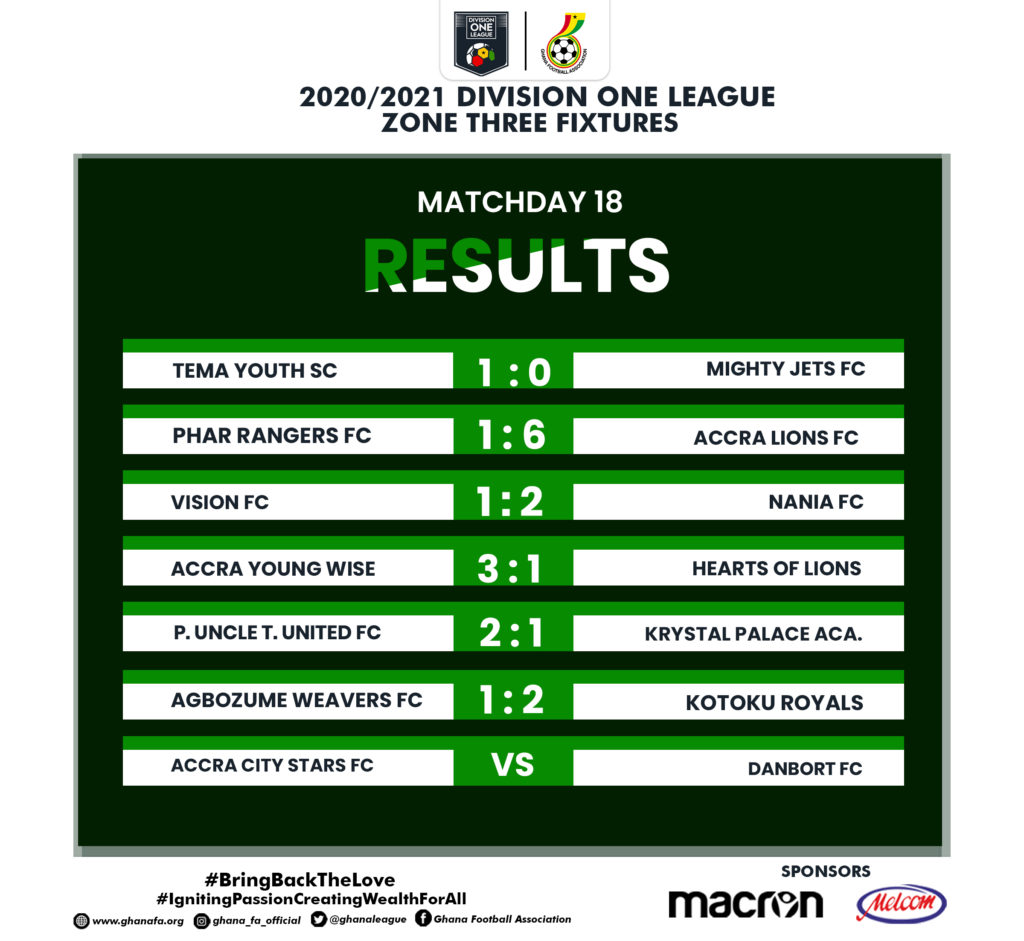