Accra Lions Football Club and Tema Youth SC have given football fans pure competition, nerve wracking moments and above all top quality football entertainment in Zone Three of the 2020/21 Division One season.

The two teams fought gallantly from the start to finish – and sold one of the most entertaining games when they met in the second round of the campaign.

The first round fixture ended 1-1 in Accra – but Accra Lions defied odds to beat Tema Youth 2-0 in the second round of the season. Then, they began to pose a threat to the title ambitions of the Harbour Warriors.  A defeat in Kpando to Heart of Lions and Okyeman Planners changed the dynamics in the Zone as Tema Youth crawled back to reclaim the top spot.

The two sides go into the final day; tied on the 62 points after 29 League matches. Tema Youth have a game against Uncle T FC on Sunday while Accra Lions head into the final day without a match following the Appeals Committee’s decision to kick out Phar Rangers from the ongoing competition following a controversial decision to withdraw from the League after 24 games.

In other fixtures, Nania FC will stay at home to play Accra City Stars at Nania Park while Mighty Jets lock horns with Vision FC at Mats Park at Teshie. 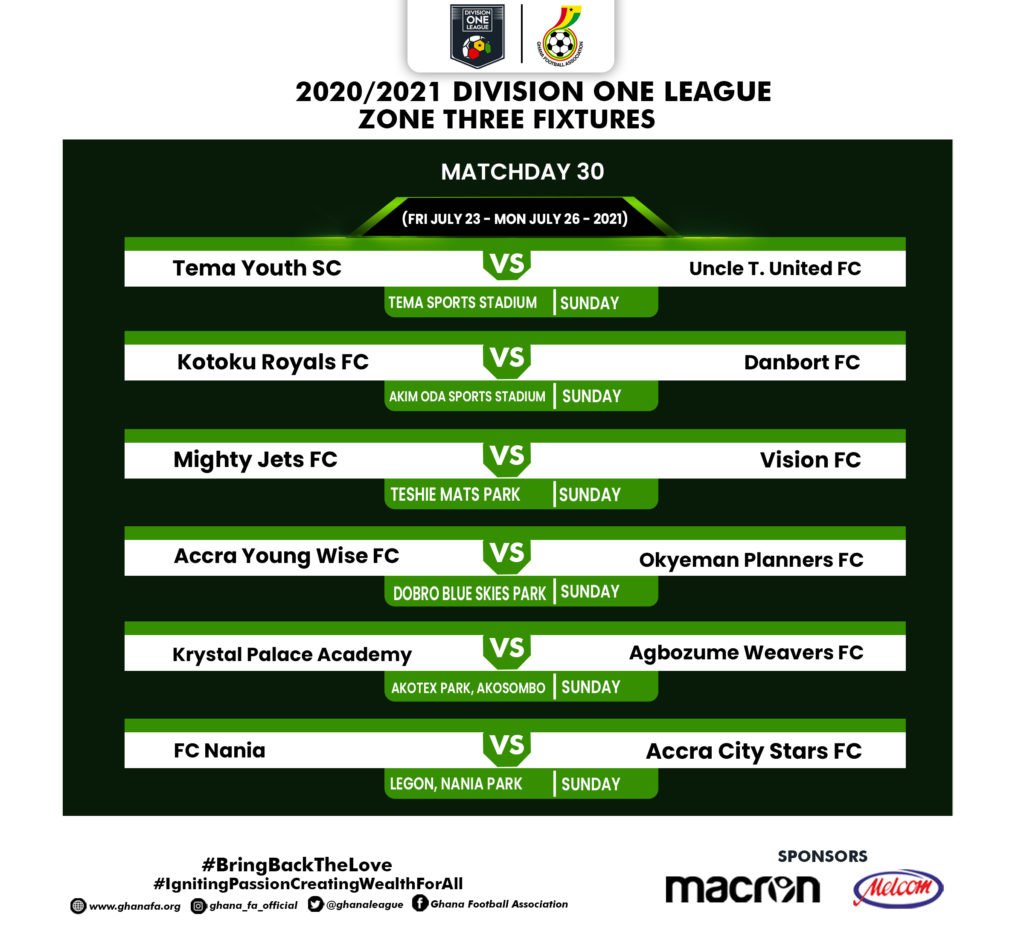