Real Tamale United beat Young Apostles 3-1 on match day 19 of the National Division One League at the Aliu Mahama stadium on Sunday.

Ronald Frimpong opened the scoring for the host inside 18 minutes before Fawzan Alhasssan added the second goal on the half hour mark. Mohammed Mustapha pulled one back for Young Apostles in the 64th minute but Mohammed Sadat scored in the 82nd minute to complete the job for RTU.

The win keeps them in second place – one point behind leaders Steadfast FC who drew 0-0 with B.A United at the Sunyani Coronation Park.

Elsewhere on Saturday, Tamale City beat Nsoatreman 1-0 at the Aliu Mahama stadium in Tamale with Patrick Mensah scoring the only goal of the match.

Berekum Arsenal needed a second half goal from Ali Mohammed to beat Unity FC 1-0 at the Golden City Park on Sunday. The win takes them to third place with 35 points after 19 League matches.

Zone One results at a glance: 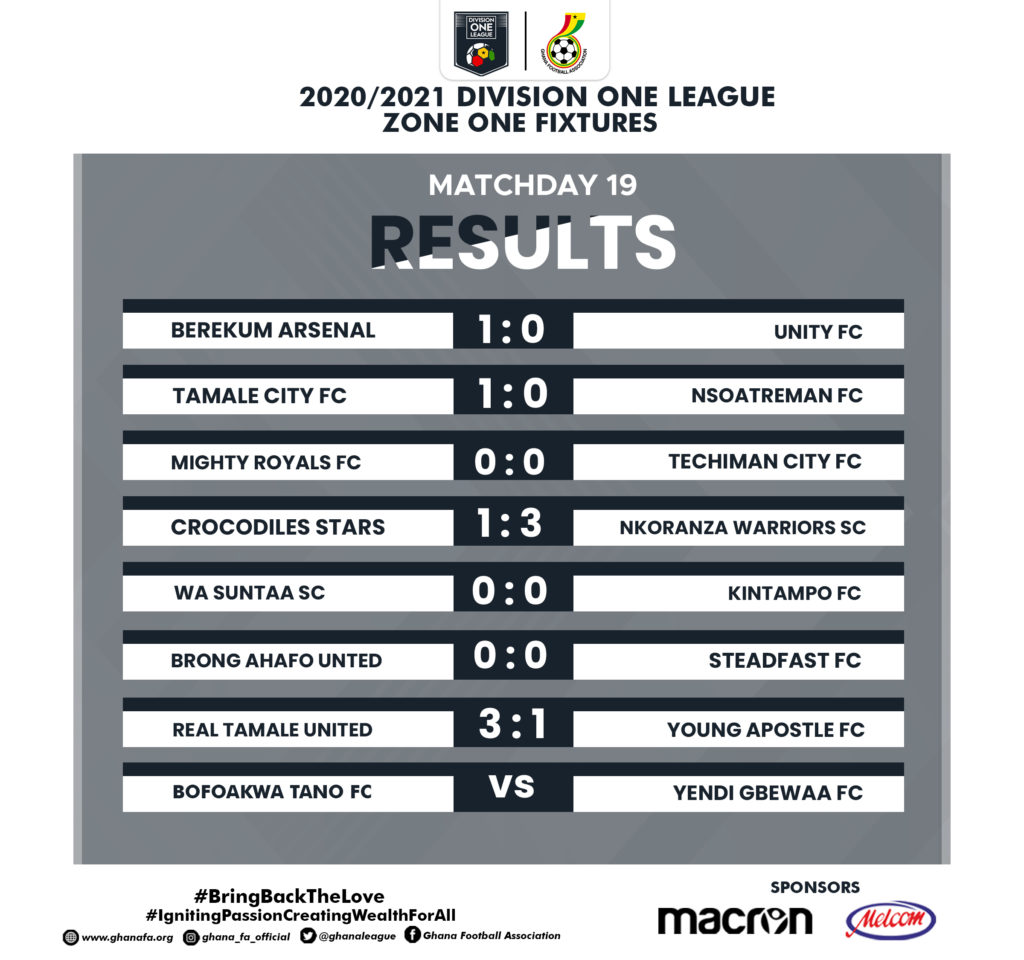