League leaders Real Tamale United who dropped two points on Sunday against Nsoatreman FC will host Crocodile Stars on match day 22 of the Division One League on Wednesday.

Ronald Frimpong and Mohammed Sadat scored for the former Premier League campaigners but two late goals from Hanif Ibrahim and Mohammed Rahaman pushed the game to a 2-2 draw at the Aliu Mahama stadium.

The result did not affect their position in the League table – as they lead Zone One with 44 points – four points ahead of Tano Bofoakwa who sit in second place with 40 points.

They have scored 36, conceded 16 goals and boast of one of an unbeaten home record heading into this fixture. Crocodile Stars are rooted at the bottom of the table with 11 points – a whopping 33 points behind the leaders after 21 League games.

Second placed Tano Boafoakwa, who beat Techiman City 1-0 on Sunday, aim to keep their Premier League charge on course and would fight for the points against Kintampo FC on Wednesday.

The Sunyani lads have been one of the best teams in Zone One – they play an exhilarating game and stand a chance of picking a rare away win over the Kintampo lads.

Here is what to expect in Zone One: 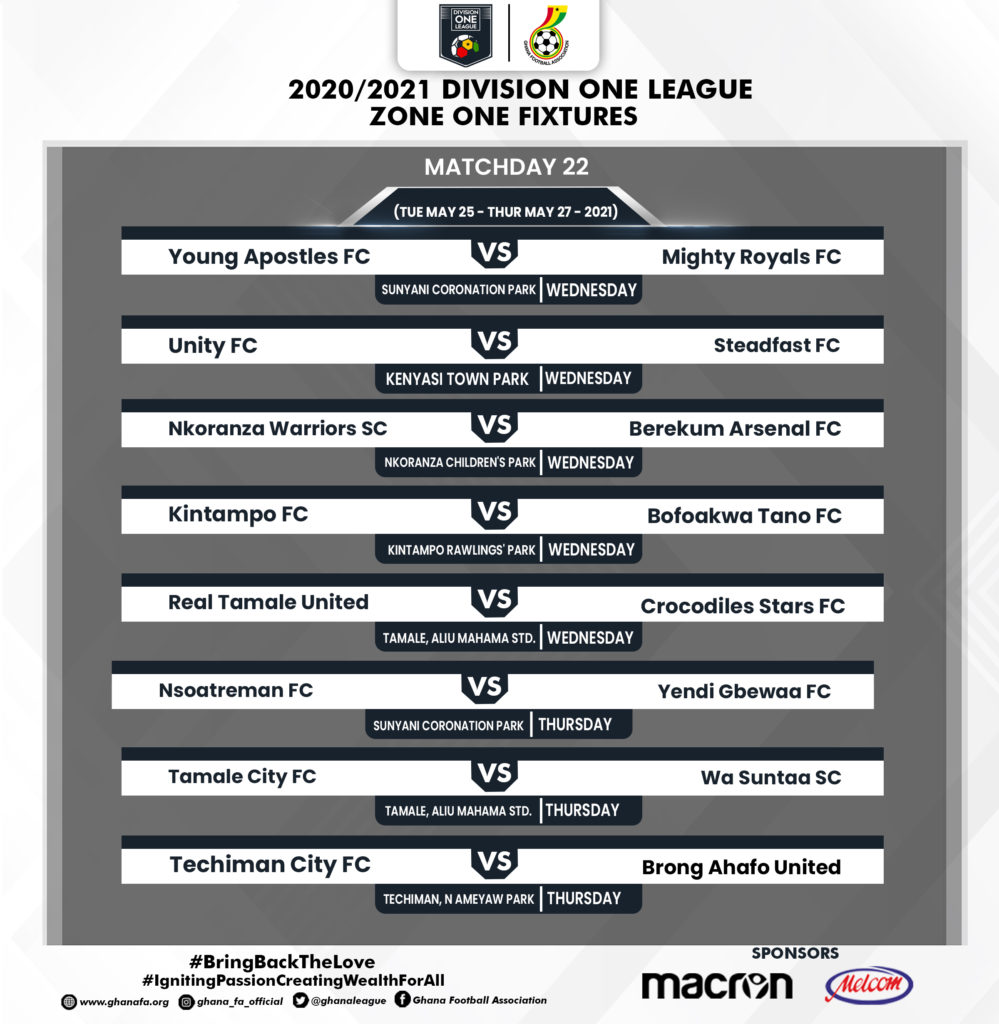