Gold Stars will have it tough clipping the wings of a New Edubiase side who have rediscovered their form in recent weeks after a slow start to the season.

The latter occupy the 5th spot in the table with 12 points, two behind the former, who lead the table with 14 points. The former Premier League side have won three, drawn three and lost one on the road, sending a very strong signal to Gold Stars about their away form.

The Bibiani lads were let off the hook last week when they played against Asokwa Deportivo at home after coming from behind twice to snatch a point in a 2-2 stalemate.

Gold Stars began the season in an explosive manner, winning all three opening games but their form has dipped in the last three outings allowing Sekondi Hasaacas, Samartex and Skyy FC to close the gap.

Another game that promises to be exciting is FC Samartex versus Sekondi Hasaacas at Sameraboi. Samartex are third in the table, tied on points (13), the visitors with only two goals separating them.

Zone two top scorer Francis Andy Kumi will lead the lines for Unistar Academy in their game against Skyy FCat the Agona Swedru. 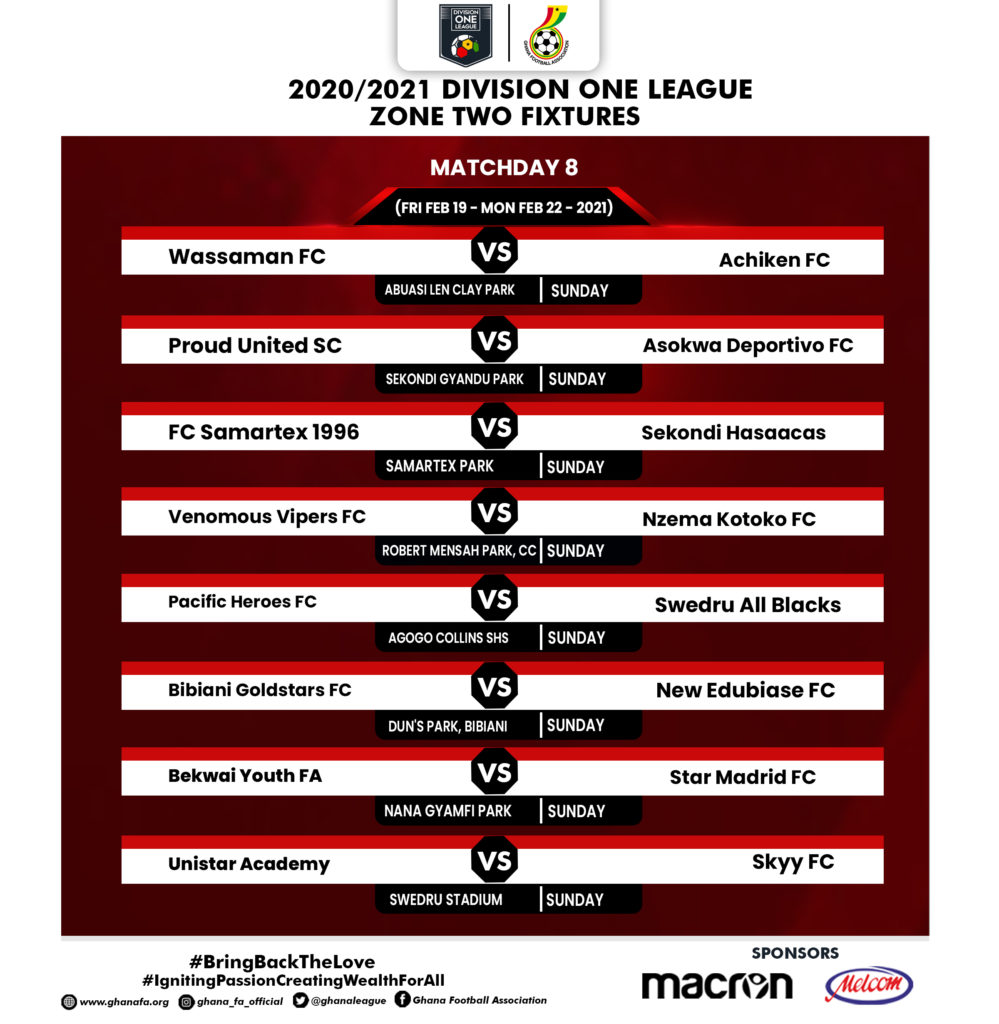