Zone One leaders Berekum Arsenal have a difficult test this weekend in the national Division One League with an away game against Young Apostles at the Sunyani Coronation park.

The former Premier League side sit at the top of the Zone with 17 points, one ahead of Tano Bofoakwa who sit in second place with 16 points. Arsenal are unbeaten in 7 games, having recorded 5 wins and draws in the seven-week-old competition.

The race for the crown has been intensified by the rivalry and improved performance of all four former Premier League sides in the Zone. Tano Bofoakwa, Real Tamale United and B.A United have not fared badly thus far, making the title race very exciting.

Young Apostles FC have not been overly impressive in the campaign as the young lads continue to struggle for form and rhythm. Apostles have won 3, lost 3 and drawn 1 and currently sit in 9th place on the League log with 10 points.

Second placed Tano Bofoakwa have a tricky duel away to Nkoranza Warriors on Sunday. A win for Bofoakwa will put pressure on Arsenal as the two find themselves in a two horse title race after seven games in the competition.

Here is what to look forward to in Zone One: 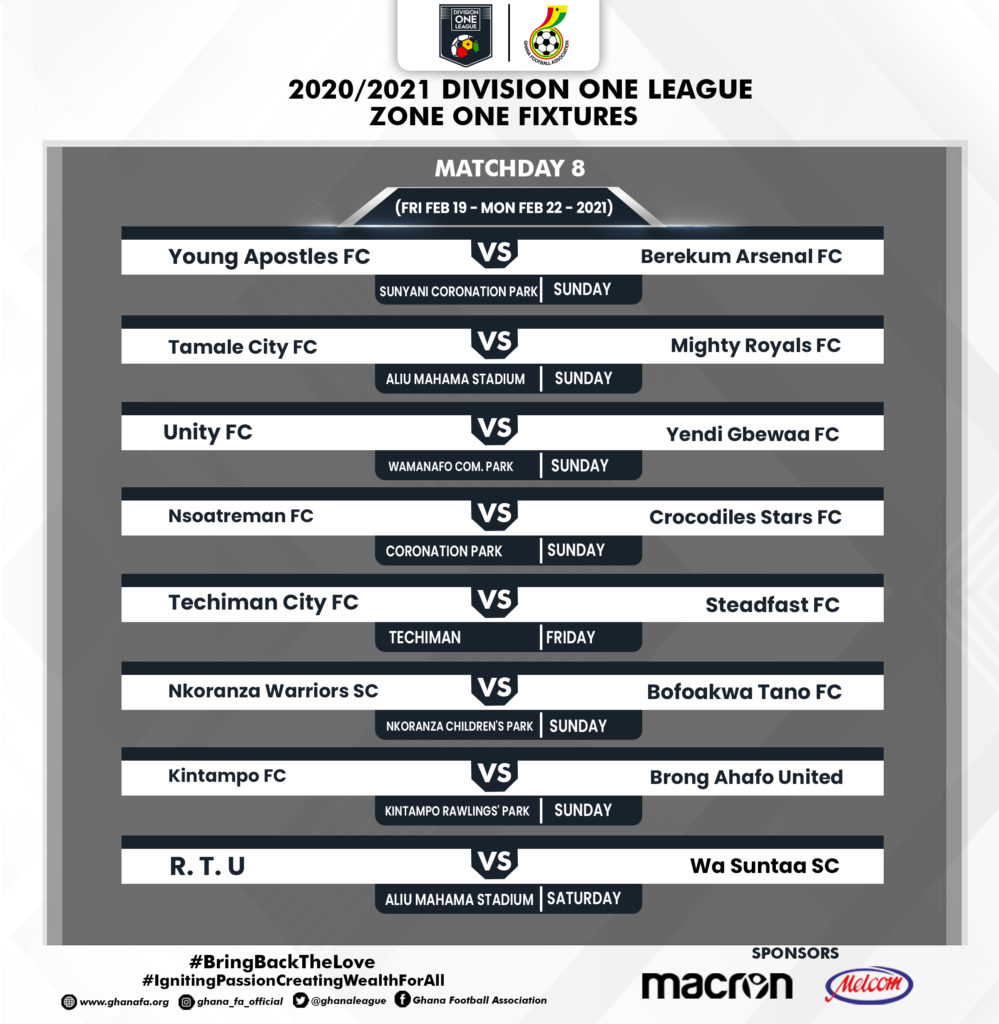