Members of the Local Organizing Committee (LOC) of the Division One League Super Cup have visited Tema Youth goalkeeper Christian Addai at the 37 Military hospital in Accra. 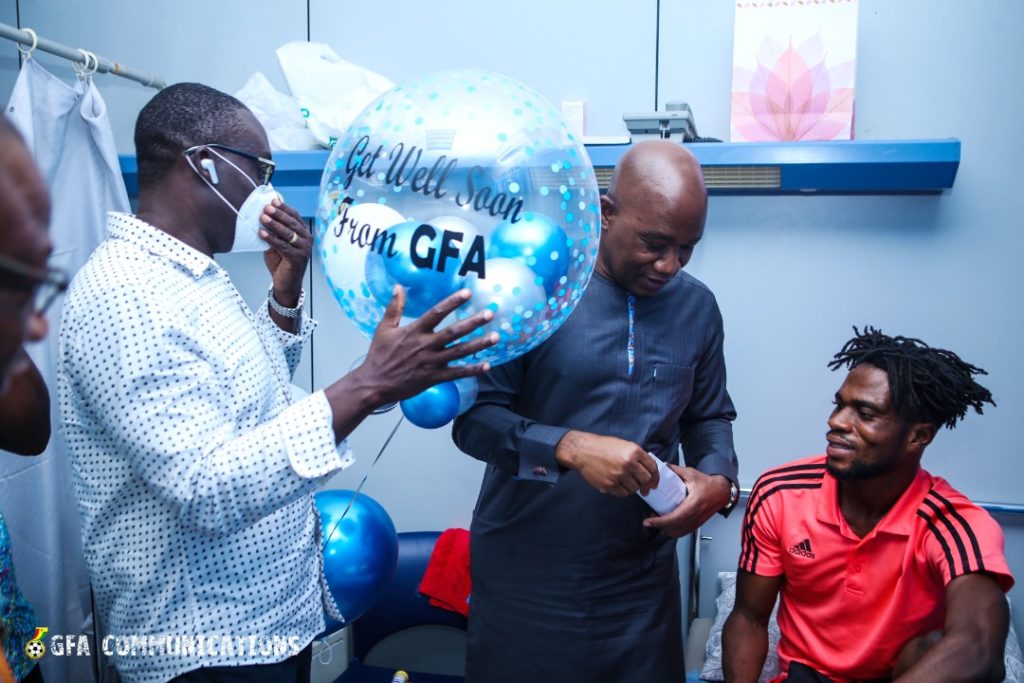 Chairman of the GFA Medical Committee Dr. Adam Baba who was very instrumental in the surgical process accompanied the team. Dr. Baba offered some administrative assistance to the team before and after the surgery. 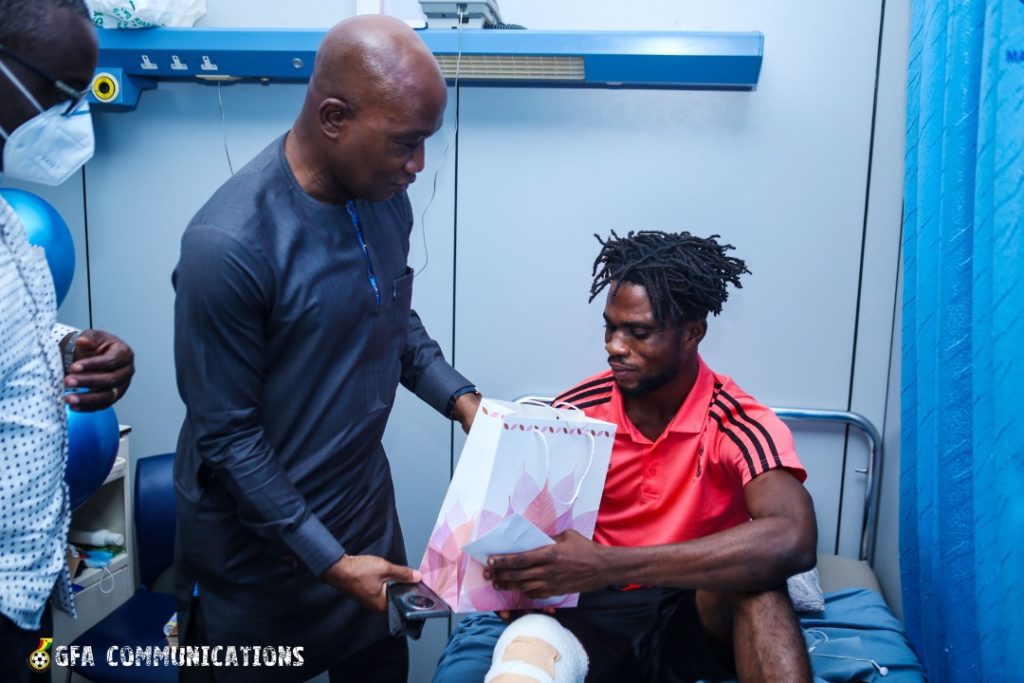 Addai, who is the captain of the Harbour Warriors, tried to clear a long ball in the 84th minute but ended up snapping his right leg. 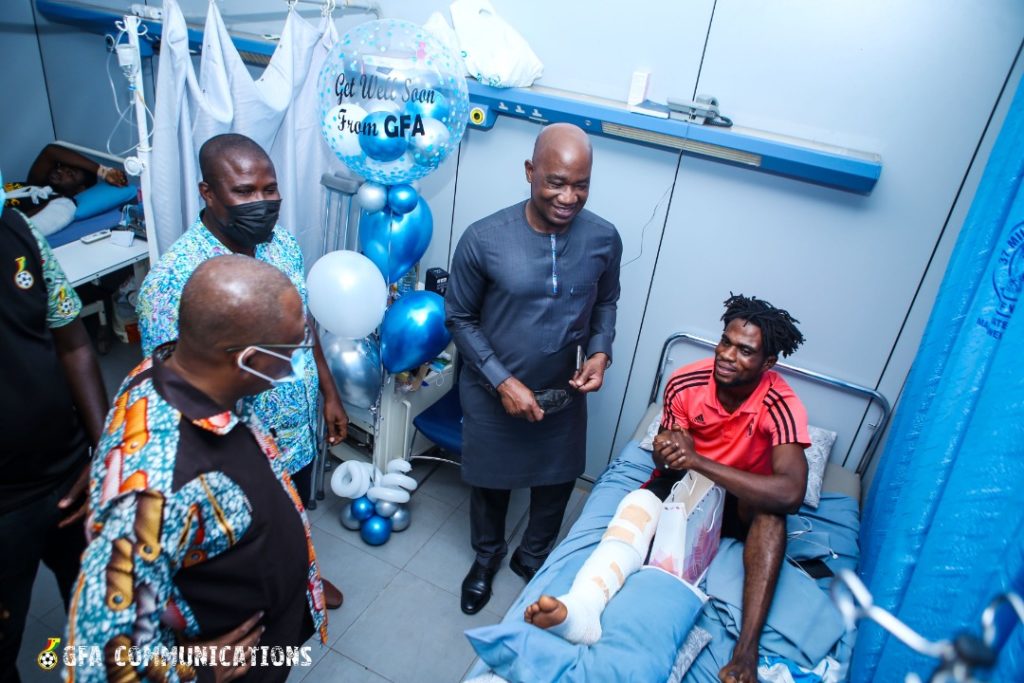 The 19-year old who has undergone a successful surgery is currently receiving treatment after which he will go through rehabilitation and recovery. Addai is expected to stay on the side-lines for about six months. 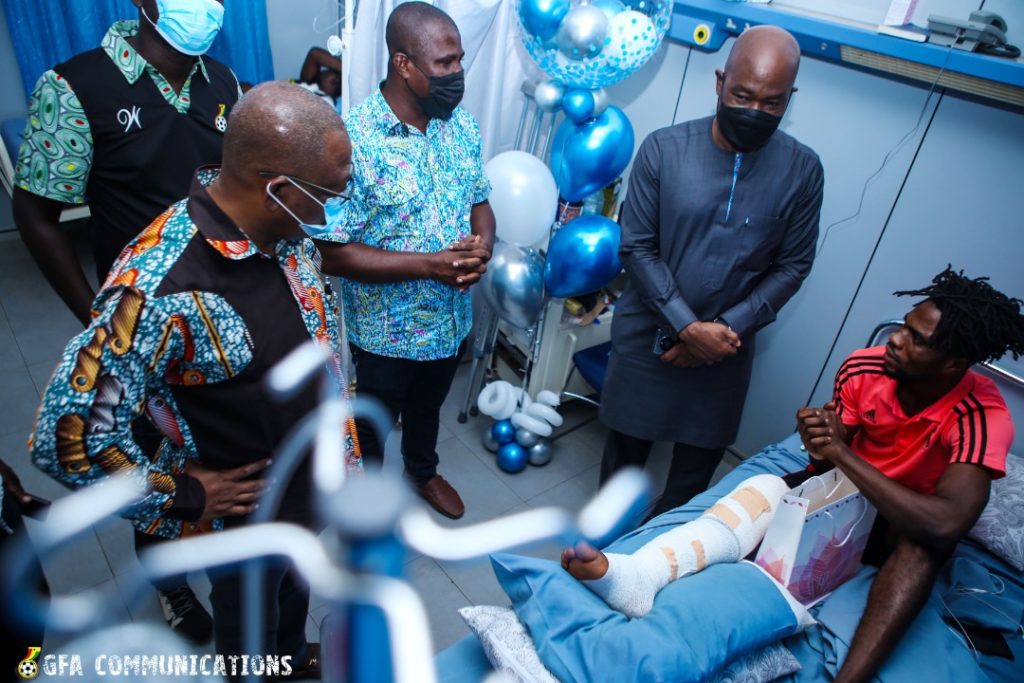 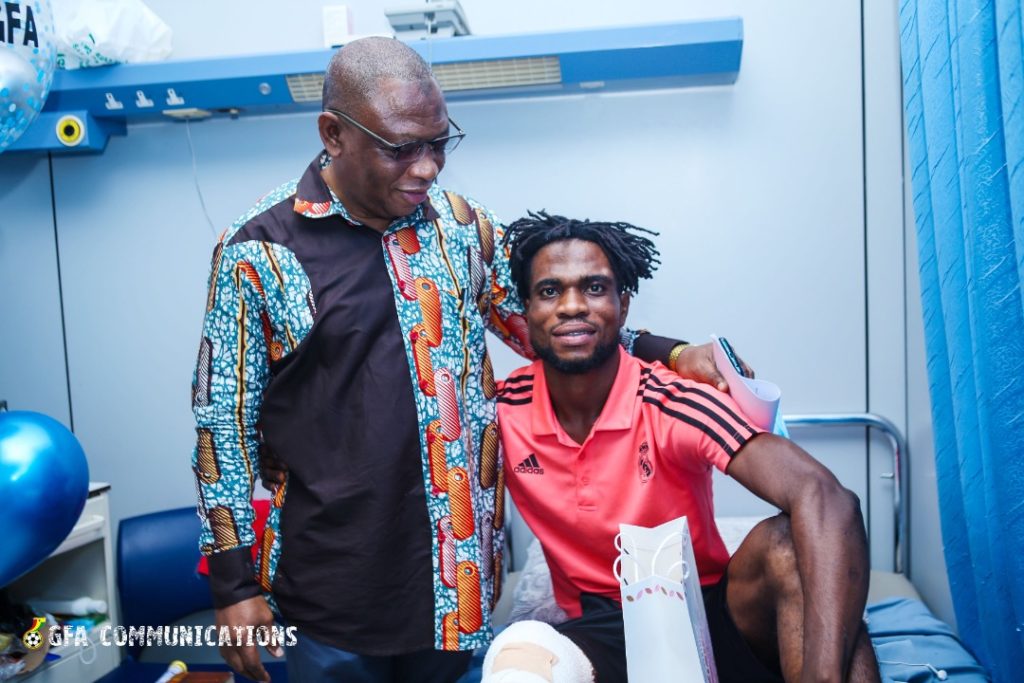 Tema Youth will face Skyy FC in the final of the Tournament on Saturday, October 23, at the Madina Park at 4pm.

The Division One League Super Cup was created for the best performing clubs in Ghana's second tier competition.