Berekum Chelsea Head coach Christopher Ennin has been named as the NASCO Coach of the Month for the month of September, 2022.

Coach Ennin guided the Blues to two wins and a draw out of three league matches played in September.

He becomes the first head coach to win the award in the 2022/23 betPawa Premier League season.

The Coach will receive a 43-inch NASCO Television from Electroland Ghana Limited. 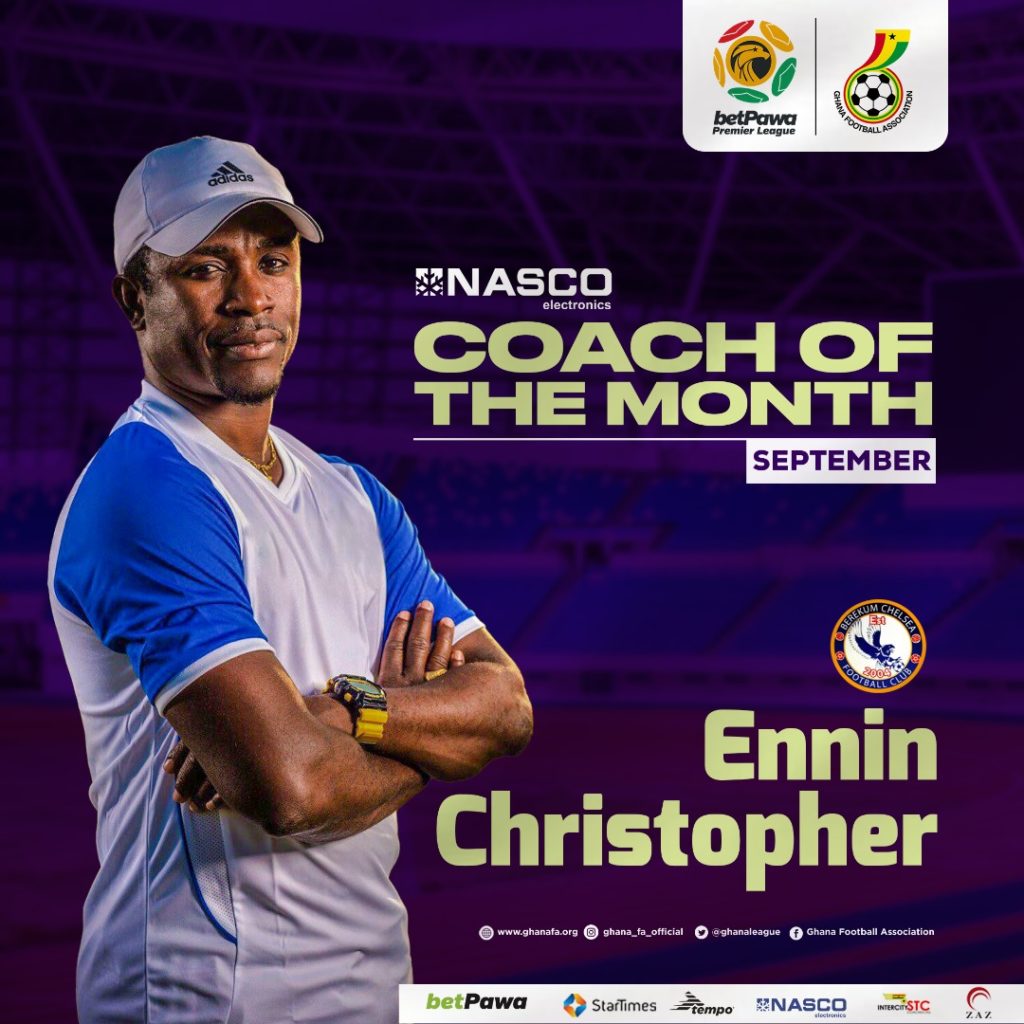