Bright Adjei, others on target on Match Day One of betPawa Premier League

Six players got on target on Match Day One of the betPawa Premier League. Great Olympics striker Samuel Ashie Quaye scored the season’s opener against Bechem United at the Accra Sports stadium on Saturday.

Five others, namely, Bright Adjei (Aduana FC), Augustine Boakye (Kotoku Royals), Samuel Atta Kumi (Karela United), Dana Blessing (Dreams FC) and Kofi Asmah (Medeama SC) also hit the back of the net in the other matches played on Sunday as there was one scoreless game between Real Tamale United and Samartex 1996 FC at the Aliu Mahama stadium.

Here is the top scorers chart after Match Day One: 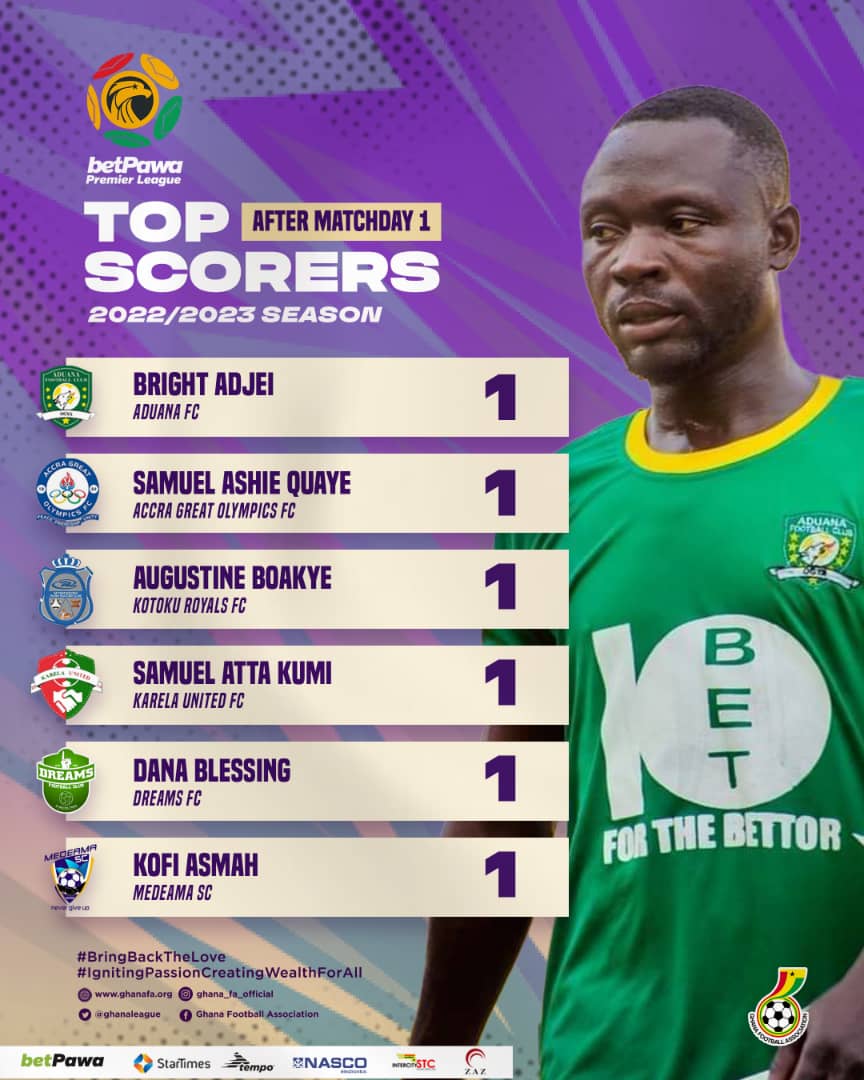