Twenty seven players have been called to report to the Ghanaman Centre of Excellence at Prampram on Wednesday, September 7, 2022 to begin preparations for the Africa U-23 Cup of Nations.

Coach Ibrahim Tanko’s side are currently on standby in the qualifiers as they are look set for the second round of the competition.

The next Africa U-23 Cup of Nations will take place in Morocco next year.

Below are the invited players: 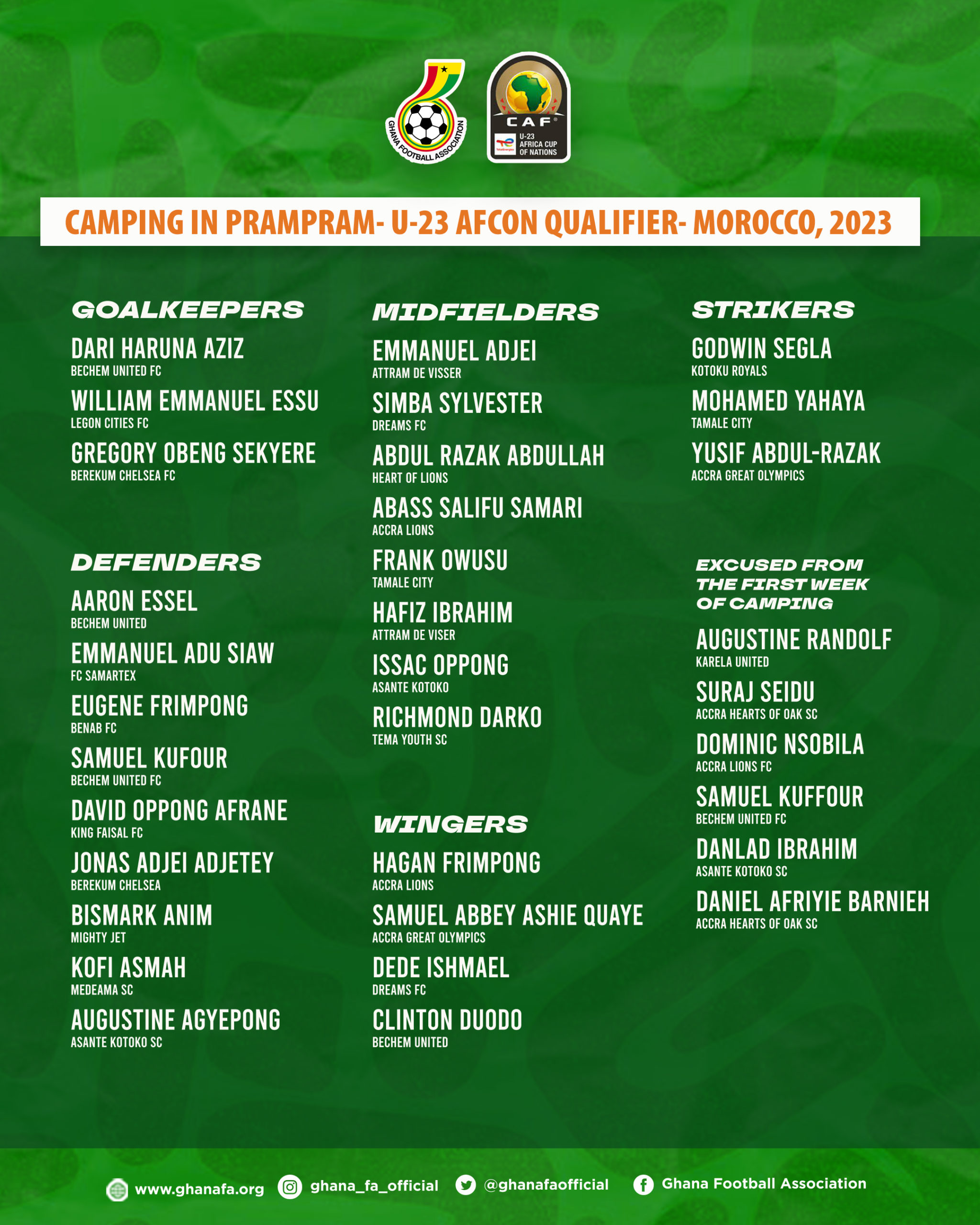