The 2022/23 betPawa Premier League will kick off this weekend across eight League Centres as the fixture between Champions Asante Kotoko SC and Nsoatreman FC has been postponed due to the formers involvement in the CAF Champions League on Friday.

Two-time Champions Aduana FC have a date with Accra Hearts of Oak at the Agyemang Badu I Park at Dormaa on Sunday while new boys Tamale City trek to Aiyinase to play as guest of Karela United FC.

The other matches will go ahead as scheduled: 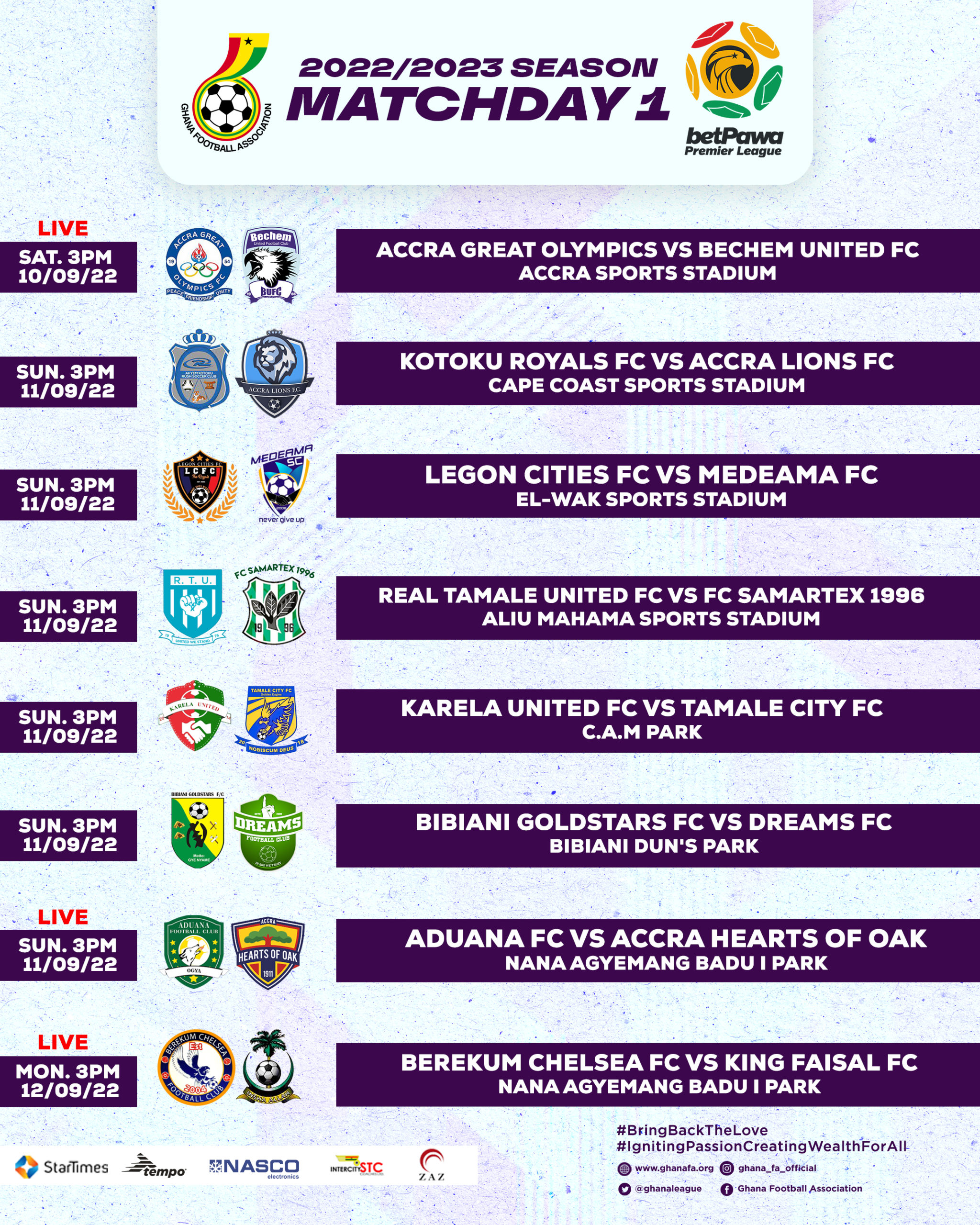