Paul Atta Agyei scored for Berekum Chelsea as they beat Dreams FC 1-0 on match day 15 of the Ghana Premier League at the Golden City park on Sunday.

The visitors who finished the month of January without defeat had gone three games in February without a loss, extending their unbeaten run to eight matches in 2021. But that run was halted by former champions Berekum Chelsea on Sunday.

Paul, scored in the 27th minute following a misunderstanding in the midfield of Dreams FC. The former champions have now made it back-to-back wins to get their season back on track after an uninspiring start to the campaign.

Berekum Chelsea replied later with a free-kick on the edge of the Dreams FC goal area but goalkeeper Solomon Agbasi produced a spectacular save to keep the Still Believe lads in the game.

Agyenim Boateng delivered a cross from the right flank into the box and it found Emmanuel Ocran who had contact but could not direct it towards goal.

The first 45 minutes produced only one goal as Berekum Chelsea went into the locker room with a slim lead.

In the second half, Dreams FC committed men forward in search of the equalizer. But Berekum Chelsea goalkeeper Samuel Adjei was very busy as he stood between Dreams FC and the equalizer.

Chelsea stood firm and repelled everything that was thrown at them by Dreams FC as they held on to win the game 1-0 in Berekum.

The win has moved Chelsea to the 10th position on the League log after 15 games. 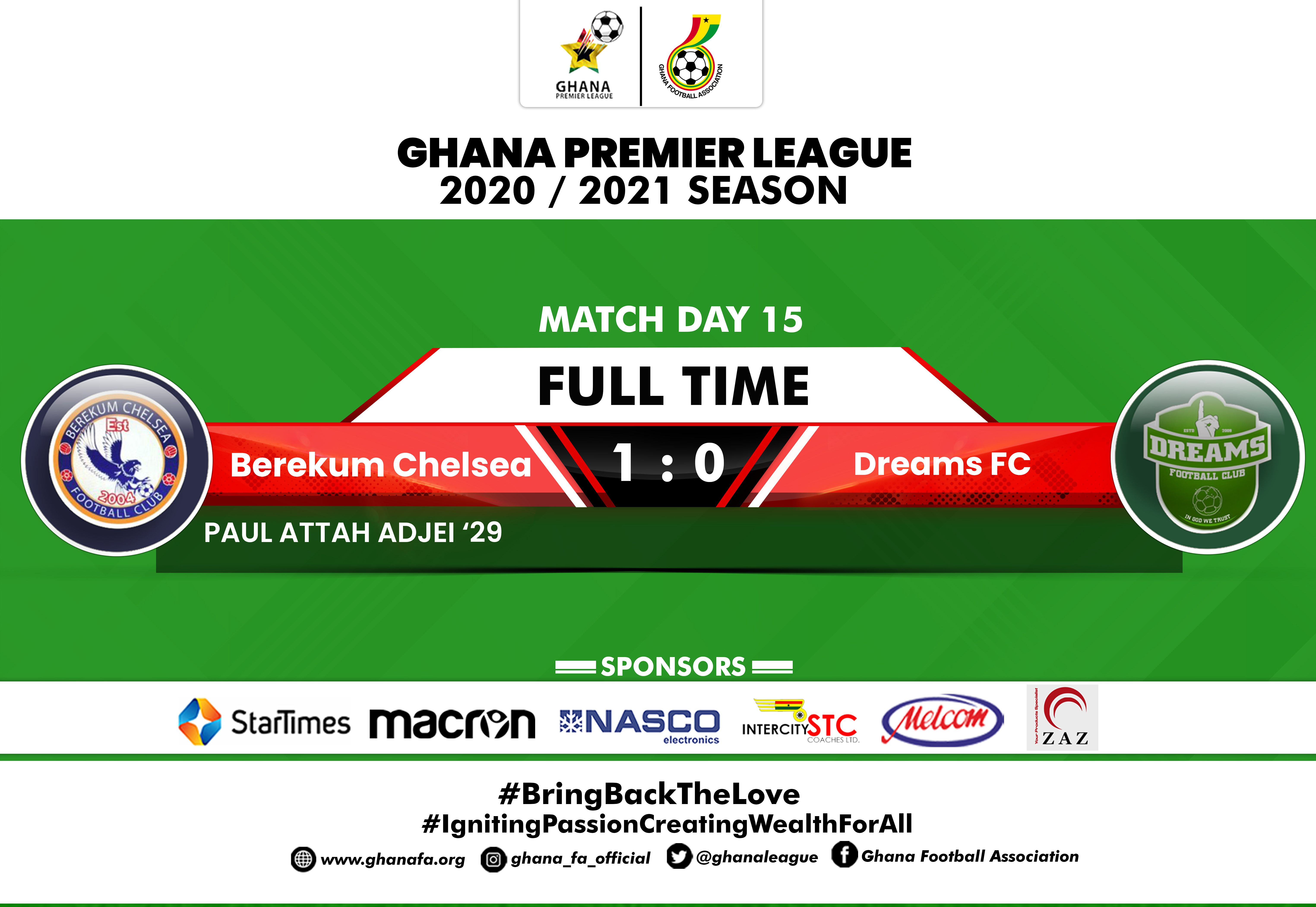