Ayittey Ayikwei scored the match winner at Wa on Sunday as Tamale City FC humbled Wa Suntaa FC. Abdul Moisdeen and Salifu Cisse were on target for the home side as they scored in either half of the game but the visitors fought back to pick the three points.

Tamale City scored through Sam Otis and Mohammed Nurudeen to level things up for the Tamale lads. With the game heading to a draw, Ayittey Ayikwei popped up to head home the match winner to shock the home team at the Malik Jabir park.

Elsewhere at the Coronation park in Sunyani, Welbeck Takyi scored yet again to increase his season tally to 7 goals, helping Bofoakwa Tano to a 2-0 win against Kintampo FC.

The former Premier League side added the second goal in the second half after Abubakari Adam was put through.

In Berekum, Kofi Ansu Patrick kept the pressure on Welbeck Takyi as his solitary strike earned zone one leaders Berekum Arsenals all the points against Nkoranza Warriors to hold on to the top spot in Zone One.

The goal king race in zone one is getting keener with the two players fighting neck to neck for the crown. Only one goal separates them on the chart. Welbeck Takyi has scored 7, with Ansu Patrick sitting behind him with 6 goals. 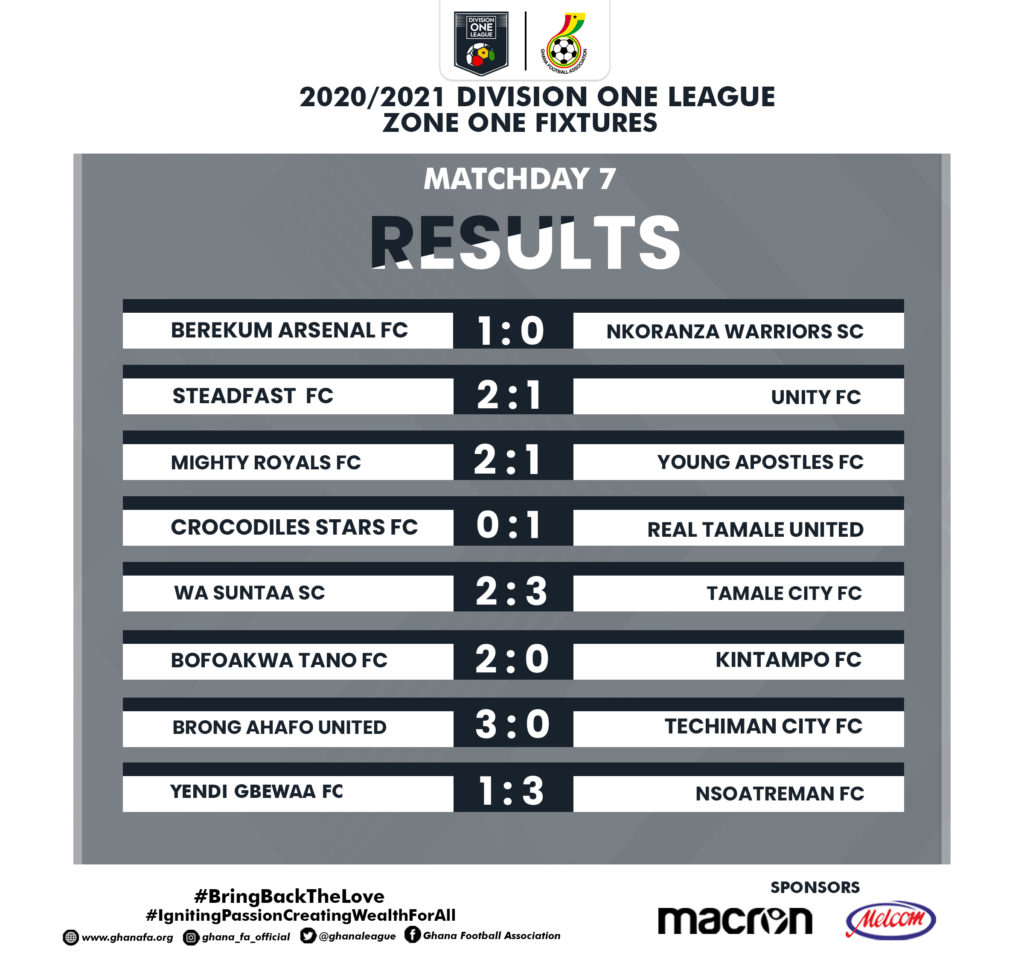