Nsoatreman FC kept hold of their lead in Zone One after posting a narrow win over Steadfast FC on Match Day 10 of the Division One League at the Rawlings Park on Sunday.

Mohammed Abdul Rahim was the hero for the side as his solitary strike gave the home side all the spoils to maintain their spot at the top of the table. Nsoatrteman FC are the only unbeaten side in the Zone after registering 7 wins and three draws after 10 matches – as they sit at the top with 24 points – one point richer than Tamale City who occupies the second spot with 23 points.

The Tamale side defeated Baffuor Soccer Academy 2-1 at the Aliu Mahama stadium with goals from Collins Amoah and Bismark Asare. The visitors pulled one back through Frank Amakwaa.

The Sunyani derby between sworn rivals B.A United and Bofoakwa Tano ended in a 1-1 stalemate. Cato Iddrisu scored for B. A United while Adam Abubakar netted for Bofoakwa Tano at the Coronation Park.

Godfred Saka scored the match winner at the Golden City Park as Berekum Arsenal labored to a 1-0 win against Wa Suntaa on Sunday. The Gunners sit in third place with 16 points after 10 matches in the League.

Find the Full Results below: 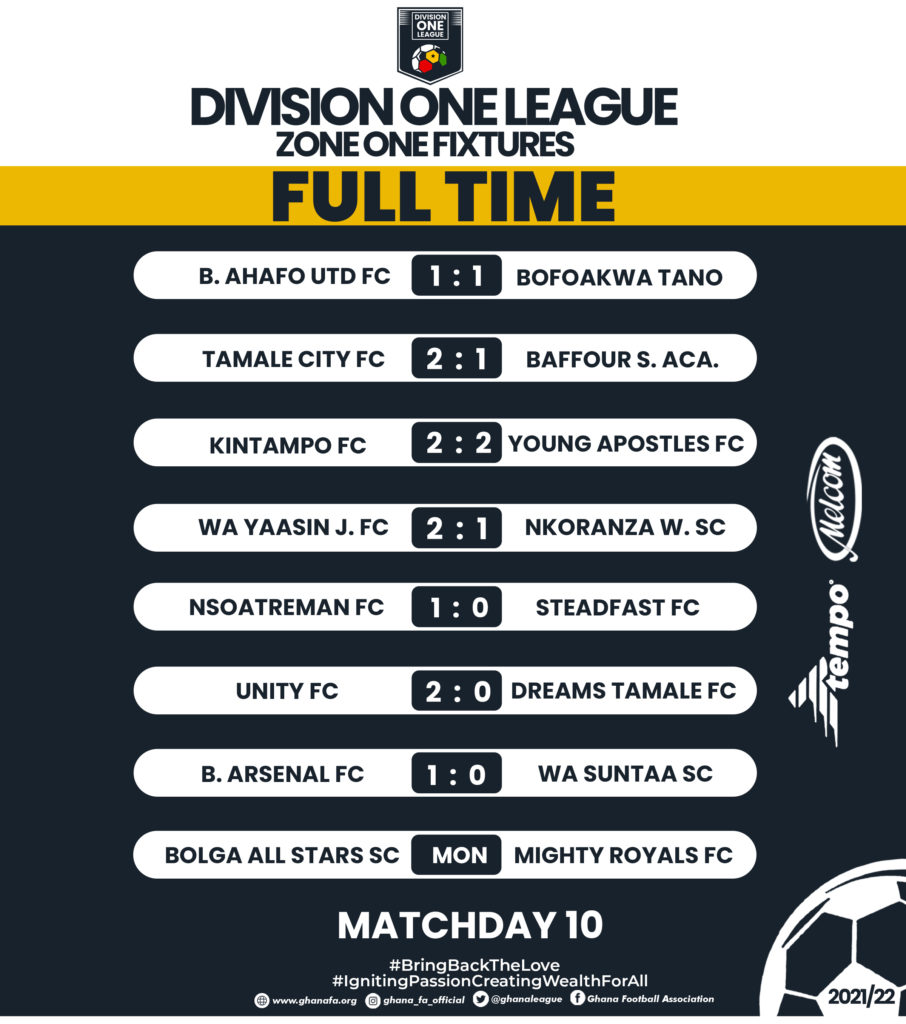