Berekum Chelsea were off to a flying start as they scored in each half to beat King Faisal 2-0 on Match Day One of the betPawa Premier League at the Agyemang Badu Park at Dormaa.

The former League Champions took the lead in the 10th minute through Mezack Afriyie as he got on the end of Dramani Awuah’s flick on before slotting home. The Chelsea attack took full advantage of a defensive error in the King Faisal half before smashing home for the opener.

Thirteen minutes into the second half Berekum Chelsea increased the tally after Dramani Awuah again took on two players in the King Faisal defence before planting the ball at the back of the net in the 58th minute.

The visitors didn’t pose much threat to the home side as Chelsea held on to win 2-0 - their first match of the season at the Nana Agyemang Badu Park at Dormaa. 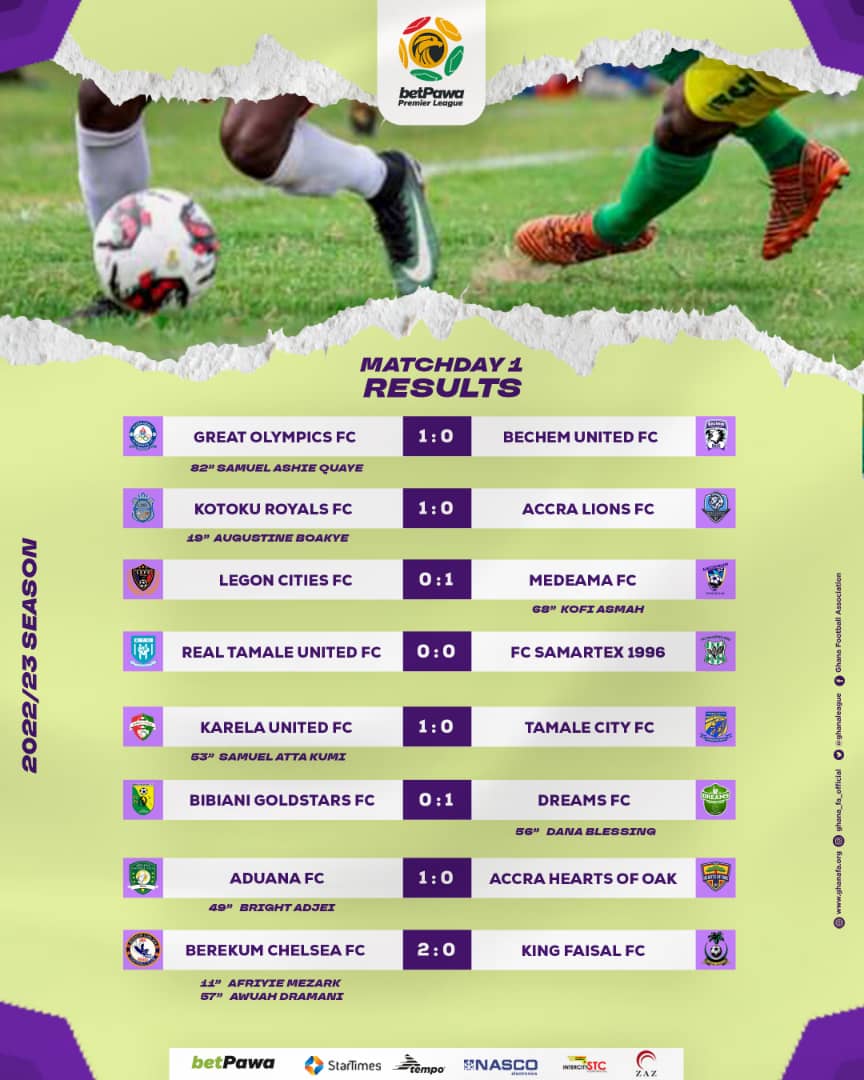