Liberty Professionals will host Uncle T. United in week two of the Access Bank Division One League after winning their first away game of the season against Golden Kicks in week one. A late goal from Asante Seedorf got the maximum points for the Dansoman boys as they continue to push for a return to the elite League. Uncle T. United also picked one point in week one after drawing with Koforidua Semper at home.

In the Zones’ top liner, two former Premier League sides Kpando Heart of Lions and Tema Youth SC will battle for honours at the Kpando Park on Sunday. The Kpando lads secured all points in week one against Nania FC after putting up a sterling performance to beat Nania FC 2-0 at the Tema Park. Tema Youth lost 1-0 to Na God FC in week one at the Tema Park and will be fighting for their first three points of the season.

Elsewhere - Tudu Mighty Jets who lost 2-1 to Vision FC on the opening weekend will host Nania FC at the Tema Sports Stadium on Sunday. Both clubs lost their week one fixtures and will battle for the three points to get back on track.

Here are the fixtures for Zone Three: 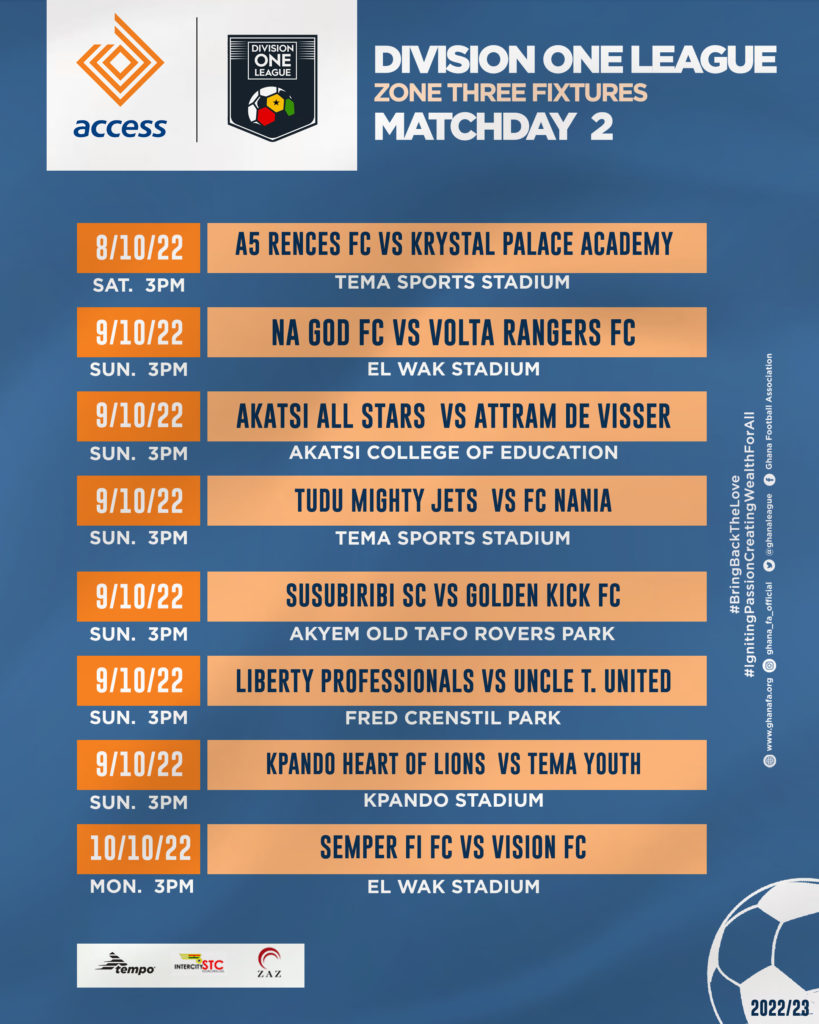