Abdul Fatawu Issahaku scored a hat trick for Steadfast FC as they beat Wa Suntaa 4-0 on match day 15 of the National Division One League at the Aliu Mahama stadium on Sunday.

The Ghana International, who recently scored for Ghana in a friendly against Uzbekistan, returned with a bang as he netted three times against the Wa lads with Mohammed Siisu grabbing the fourth for Steadfast FC.

Zone One leaders Berekum Arsenal picked a vital point on the road as they drew 1-1 against Tano Bofoakwa at the Sunyani Coronation Park.

Berekum Arsenal finished the first round of the League as table toppers, gathering 31 points from 15 matches. Steadfast FC and Real Tamale United lie in second and third place respectively with 30 points, one point behind Arsenal. 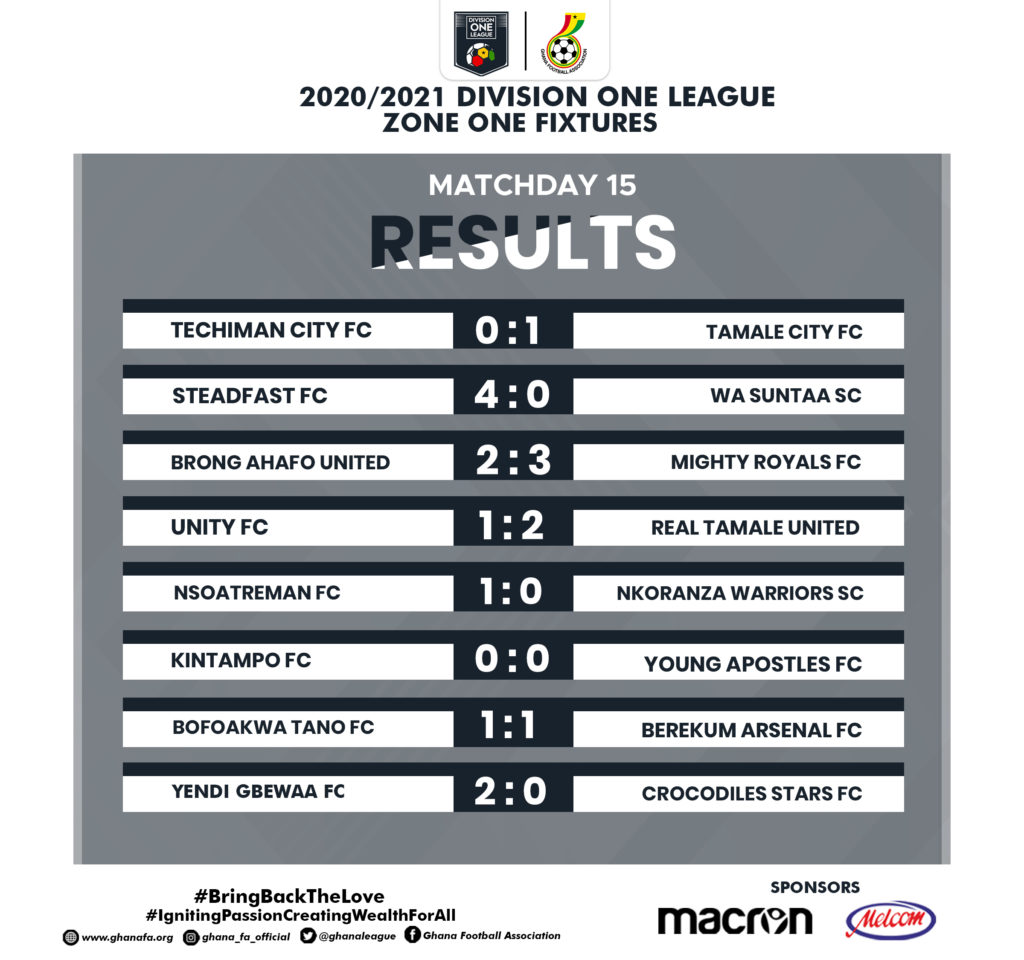 NB: The game between Techiman City and Tamale City ended abruptly. The referees called off the game after an alleged case of assault by home fans. GFA COMMUNICATIONS