Elsewhere - WAFA SC will be facing New Edubiase United at home after losing their last fixture against Pacific Heroes. New Edubiase United are also yet to record a win in four games having drawn three and lost one match.  WAFA have won two games, one draw and three losses with the former Premier League side amassing 12 points in the process.

In another epic clash - Future Stars will host League leaders Nations FC at the Ejisu Okese Park on Sunday. Future Stars lost to Skyy FC and will be hoping to redeem their image whiles Nations FC to keep hold of the first place. They won their week six game against Kenpong Football Academy with Amidou Diarra grabbing a brace in the match. The League leaders have thirteen points whiles Future Stars have picked up eight points and are currently eight in the table. 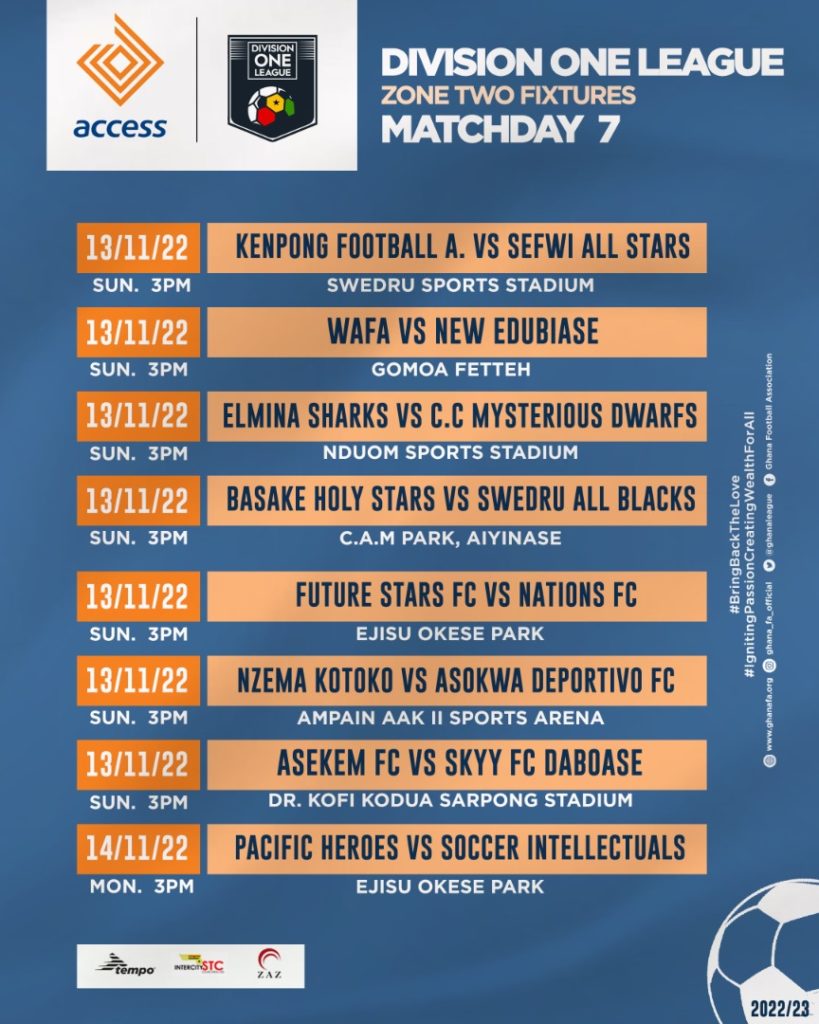