Simon Timtooni scored the only goal of the match between Bibiani Gold Stars and Proud United.

The match day 18 fixture that took place DUN’S Park pit the league leaders against the bottom placed club – in the end, the leaders survived courtesy a 60th minute strike from Timtooni – to take them to 43 points from 18 matches.

Gold Stars have lost once in the on-going League but their prolific home form has done them a lot of good. Second placed Skyy FC who are breathing down the neck of Gold Stars had their game against FC Samartex postponed after a heavy downpour – they trailed 2-1 at the time. The game will continue from where it ended on Thursday.

In Sekondi, Hasaacas were held 1-1 by Achiken at the Gyandu Park. Kokowu Bernard scored a late equalizer to dash the hopes of Hasaacas after connecting from a free kick inside 84 minutes to level things up. The Giants of the West scored in the 22nd minute through Isaac Asare but were let down by their wastefulness in front of goal.

In Swedru, New Edubiase United netted twice in the first half to beat All Blacks 2-0. Dafie Humin and Prince Antwi scored in the 5th and 13th minutes respectively. 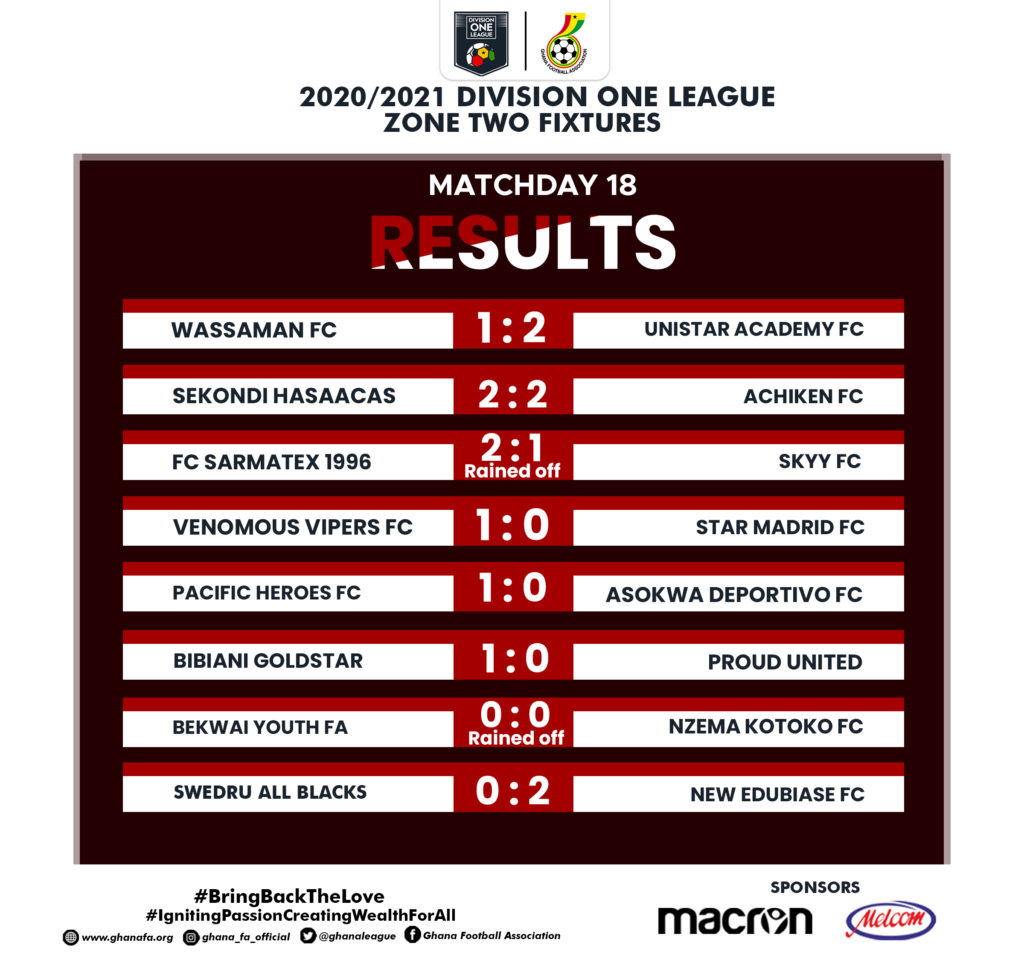